Has a device that turns people into dolls.

Playing with his dolls.

Dolltaki (in Japanese: ドルタッキー), also known as "Master Dolltaki" is the minion of Dr. Myuu and a villain from Dragon Ball GT.

Dolltaki was first introduced as the leader of a religious sect called the Luud Cult who worshiped the Machine Mutant, Lord Luud. Anyone who failed Luud was transformed into a doll and placed with in Luud, so as to help him gain more power. After Goku, Trunks, and Pan began interfering with his operations, Dolltaki transformed all of his followers into dolls and sent them into Luud. After transforming Pan into a doll, Dolltaki took a fancy to her and played with her like a normal doll. However when Dr. Myuu contacted him and found out he had not placed Pan into Luud, Dolltaki met the same fate as his followers and ended up inside the giant Machine Mutant. Inside, Pan forced him to tell Luud's weak point and with this information, Pan and Goku managed to destroy the Machine Mutant, allowing all those trapped inside to escape. However, Dolltaki took the two Dragon Balls he had retrieved and escaped to Planet M-2. Upon arriving, Dolltaki met with General Rilldo and after handing over the Dragon Balls, he was destroyed for his failure. 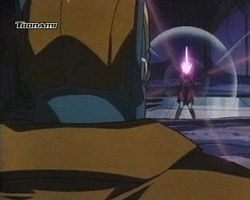 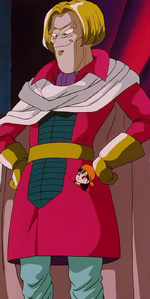 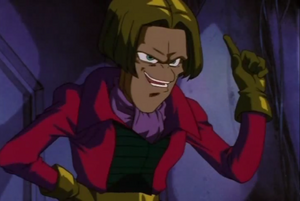 Dolltaki thinking he is informing Dr. Myuu of future plans
Add a photo to this gallery

Retrieved from "https://villains.fandom.com/wiki/Dolltaki?oldid=3818391"
Community content is available under CC-BY-SA unless otherwise noted.