Help Constantine to steal the Crown Jewels of England.

Defeat the Muppets and get away from them.
Stop being the pawn of Constantine (all failed).

Dominic Badguy (last name pronounced "Baed-Jee"), also known as The Lemur, is the secondary antagonist of the film Muppets Most Wanted. He is Constantine's former henchman who wants to help him steal the Crown Jewels of England.

He was portrayed by Ricky Gervais.

He signs the Muppets to a world tour and is the CEO, as well as the international talent manager of Badguy Talent Management. He claims his last name is pronounced "badgee" which is French for "good man" in order to not make himself look suspicious. Meeting with his boss, he was annoyed at Constantine's constant insulting him and reminding him he was only number two, not to mention the fact that he did most of the work while Constantine took the credit.

Near the end of the film, he is unsurprisingly revealed to be "The Lemur", the world's second greatest thief and personal nemesis to Interpol agent Jean Pierre Napoleon. During the finale, Dominic proceeds to try and usurp Constantine by taking the stolen jewels for himself while attempting to escape in a helicopter, but seeing his betrayal a mile away, Constantine angrily blew him out of the helicopter, though Constantine ends up being defeated by Miss Piggy and Kermit. As such, both Constantine and Dominic ended up arrested and imprisoned in the Gulag for their crimes.

Both Constantine and Dominic take part in the film’s finale, in which the Muppets perform “Together Again” from The Muppets Take Manhattan. 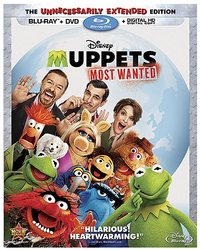 Dominic on the Muppets Most Wanted Blu-ray cover 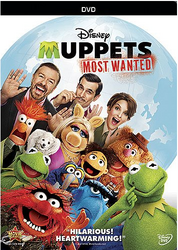 Dominic on the Muppets Most Wanted DVD

I'm Number One Muppets Most Wanted