Get revenge on Mike and kill him (failed)

He started off as a natural character throughout nearly his entire duration on the serial from 1987 to 1997. However, he slowly became one of the main antagonists up towards his final year in the show upon harboring a grudge against his business rival Mike Baldwin; the conflict between them got out of hand when Don ended up kidnapping Mike's wife Alma, nearly killing her in the process, before later attempting to kill Mike - which only resulted in Don's own demise after he accidentally killed himself in a car crash.

He was portrayed by Geoffrey Hinsliff.

The character Don Brennan first arrived in 1987 as a taxi driver. Soon enough he got romantically involved with Ivy Tilsley and the pair later married the following year. However, Don was unable to put up with Ivy, which led to him having a breakdown and crashing his taxi, in which he lost a leg. Ivy later left in 1994 and died off-screen the following year. Don developed money problems in 1997 and blamed Mike Baldwin who gave him a useless business which led to Don targeting Mike in a campaign of revenge, which included arson, kidnapping, and two attempted murders before Don accidentally killed himself.

Don first appeared as a love interest to Ivy Tilsley in 1987. Ivy was widowed a few years prior after the death of her husband Bert, and Don himself was previously married with two daughters and a son from that marriage. His children appeared at his wedding to Ivy the following year, however, weren't seen again for his remaining time in the series.

Don left Ivy after her erratic behavior to preserve the memory of her son Brian (who was stabbed to death) and looked elsewhere for romance and developed a fascination with local hairdresser Denise Osbourne and began harassing her with phone calls. Don and Ivy separated after he had an affair, however they reconciled after a suicidal Don crashed his taxi and was forced to have his left leg amputated. They eventually split up, and Ivy passed away in 1995.

Don began to develop a villainous side when he got into gambling problems, most of it to Mike Baldwin. He got together with a woman named Josie Clarke and bought a garage from Mike, however, discovered it was useless. Josie left Don due to his obsession for getting revenge on Mike. He set fire to Mike's factory Underworld, however, this only caused Mike to claim the insurance money, infuriating him further.

Taking drastic measures, Don kidnapped Mike's wife Alma and bundled her into his taxi. He later drove it into a river but she managed to escape, and Don was later saved and arrested, getting charged with kidnapping and attempted murder. He was released on bail and attacked Mike in the Rovers Return Inn, nearly strangling him before being forced out by landlord Jack Duckworth.

In October 1997, Don kidnapped Mike and tied him up in his flat and threatened to kill him. Mike escaped and phoned the police and Don was again arrested. Don managed to escape custody and stole Alma's car and returned to Coronation Street once again to kill Mike. When Mike crossed the road, Don drove straight at him but Mike managed to jump out of the way in time, causing Don to drive into the viaduct wall. The car caught fire and Don was killed. 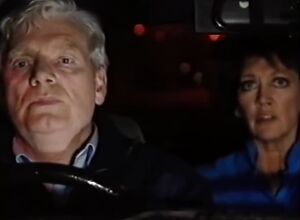 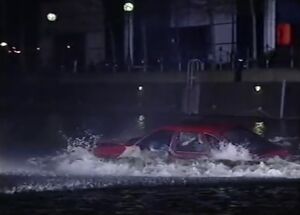 Don drives himself and Alma into the canal. 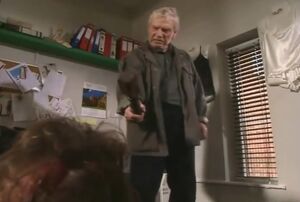 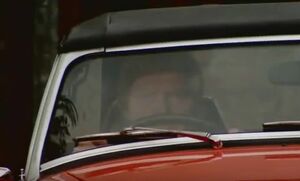 Don prepares to try and run over Mike. 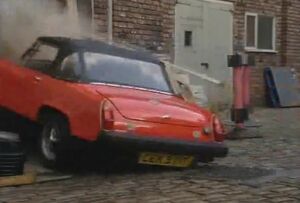 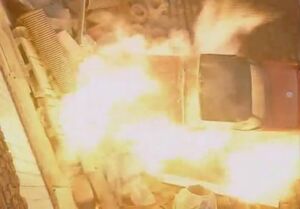