The Winking Greek
The Boss

Boss of the Ciudad Juárez Cartel

Swimming in his pool.

Produce methamphetamine for the Cartel (succeeded for a while).

Have Nacho Varga killed for seemingly killing Lalo Salamanca (indirectly succeeded).
Have Jesse Pinkman cook for him.
Kill Gustavo Fring for poisoning him and his lieutenants (both failed).

He was the main don of the Ciudad Juárez Cartel, even higher than both Juan Bolsa and Hector Salamanca, which makes him the employer of various Cartel members we see throughout the series, including Gustavo Fring (even if he's not directly a Cartel member and just an associate). He first met Gus in circa 1989 and is one of the few to know about his mysterious Chilean background.

He is portrayed by Steven Bauer, who has also portrayed Manny Ribera in the 1983 version of Scarface.

Nothing is known about Eladio's past, other than that he became one of the founding members (along with Juan Bolsa and Hector Salamanca) and soon (if not right) after the leader of the Juárez Cartel.

Eladio, Bolsa and Hector met with Gustavo Fring and Maximino Arciniega to propose a business deal with the duo: they would produce methamphetamine for the Cartel, which Eladio would then distribute. Eladio was seemingly civil, complimenting their chicken, until he called them out on manipulating him into a meeting by giving his men meth.

Don Eladio had Max executed by Hector as punishment for dealing drugs on the Cartel's turf without permission. As the three dons forced Gus to watch Max's blood drip into the pool, Eladio warned him that he's only alive because he knows who Gus is, but not reminding him that he's not in Chile any more.

Don Eladio appears in a flashback in 1999 during the episode "Sabrosite", receiving a present from Hector Salamanca. Hector reveals that he created a new way to smuggle drugs over the border with an ice cream front company called "The Winking Greek" as Hector's tribute to the Don.

However, before Hector could expand on his business deal, Bolsa comes and shows how much money Gus had made through the use of his Chicken front Los Pollos Hermanos/The Chicken Brothers. The Don then displays a bias in favor of Gus when he brings a much better stash of money than Hector, much to the latter's hardly concealed fury and envy. He ultimately decides the cartel will use Gus' vehicles across the border as opposed to Hector's.

Lalo Salamanca takes his friend Nacho Varga to Mexico to meet with Don Eladio, who is currently at home. Eladio discusses with Bolsa if they could trust Gus and his smuggling strategies. When Nacho arrives with Lalo, they give the Cartel's leader a car as a gift. Don Eladio is surprised to learn that Nacho is a friend of Lalo's cousin, Tuco Salamanca, humorously asking if Nacho is alright in the head given how psychotic and unpredictable Tuco is. The two discuss Nacho's plans for the Cartel's future business in Albuquerque and New Mexico as a whole. Nacho says that he wants to be his own boss and not look over his shoulder all the time, but Don Eladio points out that he's in the wrong business for that, but he respects and likes Nacho and his ambitions.

The following day, it is revealed to Don Eladio that Nacho was working against the Cartel with an unknown individual, which seemingly lead to Lalo being killed in an assassination. Angered at this, Eladio put a price on Nacho's head, which lead to him being pursued by all Cartel members, including Marco and Leonel Salamanca. In reality, however, Lalo faked his death using a body double, something no one but Hector, Gus and Mike are aware of. Said "unknown individual" also happens to be Gus, who wants Lalo dead for messing with his business.

Suddenly, Don Eladio starts plotting against Gus and his operation. He has his Los Pollos Hermanos trucks, which store meth in them, hijacked by the Cartel's men. Eladio send one of his men, Gaff, to Gus so he will give him the recipe for Gus' Blue Sky meth, the true reason for the sudden hits against him. Gus rejects the offer, but after more harassment from Gaff, he ultimately accepts. Gus goes with his enforcer Mike Ehrmantraut and cook Jesse Pinkman to Mexico to meet up with Don Eladio.

Don Eladio meets up with Gus, Mike and Jesse. Eladio is impressed with the latter's cooking skills, and wishes to have him cook for the Cartel, to the dismay of Eladio's current cook. As a token of respect for the renewed business relationship, Gus brings Don Eladio a gift of fine tequila, which all Cartel dons drink after Gus takes the first shot.

However, the tequila is actually poisoned. After Eladio, Gus, and the rest of the Cartel's lieutenants drank the tequila, Gus goes to the toilet and forces himself to regurgitate the drink (he had already taken a capsule to prevent the major effects of the poison, once arriving at Don Eladio's place). Don Eladio lives just long enough for Gus to reappear. Realizing Gus had betrayed and poisoned him, Eladio lunges towards Gus but, weakened, trips and falls in his swimming pool, lying motionless above the water as he dies.

Don Eladio is the charismatic but narcissistic and sociopathic head of his Cartel. He seemed to be a blend of his two closest associates, sharing Bolsa's intelligence, greediness, and opportunism; and Hector's wrath and brutality. A natural-born leader, Don Eladio is an expert talker and manipulator, subtly setting his lieutenants against one another to prevent any of them from forming an alliance or taking over. His favorite method to keep hold of the Cartel so far is to require each of his lieutenants to bring a monetary tribute to him, favoring the one who brings him the most money and demeaning all the others. Thus, Eladio was very controlling, and impeding in his affairs, even for the good of both parties, was by far the worst way to offend him.

Eladio generally appears friendly to his underlings and associates but also feigns courtesy towards anyone who betrayed or provoked him in any way before suddenly turning angry and ordering one of his men to murder his offender, if not worse. Thus, Eladio is very unpredictable, which forces his associates, including his closest ones, to remain on edge at all times around him, fearing to earn Eladio's wrath without even knowing it. Eladio was also merciless, only sparing Gus due to his mysterious history (likely involvement with the Pinochet's regime).

Eladio displayed some sadism when ordering Hector to kill Max, smiling heavily at Gus' despair. Also, the Don often belittles, if not outright bullies associates, going as far as to mock Hector in his face. He's also very intimidating towards his minions and threatens to cut the hand of the man serving Gus' tequila if he even drops one spill of it on the ground.

Besides handling the Cartel's affairs and manipulating his associates, Eladio remains most of his time at his villa, enjoying swimming and partying with his men and escorts. Eladio also greatly enjoys showmanship in the forms of unusual gifts, as long as they are of value, such as Lalo's car, with another tribute in the trunk.

Despite his cruel and controlling persona, Eladio displayed some standards at times. He chastises his cook chief, a diplomate chemist, for his poor performance compared to Jesse and seems to be disturbed by Tuco, asking Nacho if he's okay in the head once he realises they once worked together.

In every but one of his appearances, Eladio always remained composed. However, he truly lost it when he understood that Gus poisoned him and lunged towards the Chilean drug lord, to no avail as he fell dead in his pool. 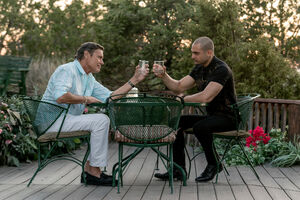 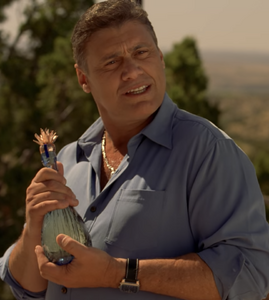 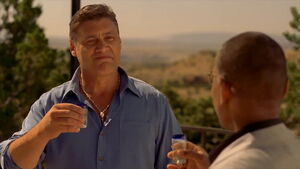 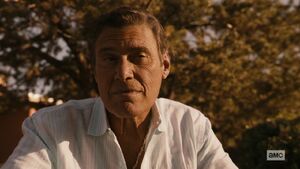 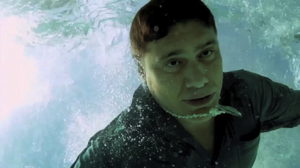 Don Eladio Vuente after succumbing to the poison. 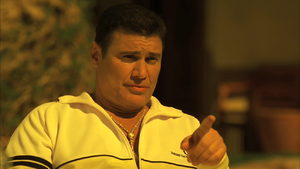