He resides in the Makuu Castle within Makuu Space. He is the husband of Witch Kiba and the father of San Dorva. Though initially seeking to simply steal valuables, his ultimate goal is to conquer the universe.

He was voiced by Shōzō Iizuka in the first 1-10 episodes and the late Takeshi Watabe for the rest. Shozo Iizuka reprises his role in Uchuu Keiji Gavan: The Movie.

Don Horror and the Makuu travel to Earth with the intent of plundering and invading it. As the Makuu begin their invasion, Don Horror instructs his followers that they must spread crime throughout the planet. However, they faced resistance from the Space Sheriff Gavan, who was assigned to protect Earth from the Makuu.

After the failures of his right-hand man Hunter Killer, Don Horror calls in his son San Dorva to Makuu Castle to assist in Makuu's operations on Earth. After skirmishing with Gavan, San Dorva arrived at the Makuu Castle alongside his mother Witch Kiba. Fearing his position was in jeopardy, Hunter Killer sabotaged Dorva's plan to defeat Gavan, only to be exposed and exiled into space by Don Horror.

Later on, Gavan was able to free his father Voicer from Makuu custody, leading Don Horror to banish his son for losing their hostage. In retaliation, San Dorva and Witch Kiba conspired to overthrow Don Horror by luring out the Makuu Castle so Gavan could slay him and Dorva could take over his empire. However, Don Horror saw what both of them were planning and sent them out to fight Gavan as punishment for their treachery. After Gavan slayed both of them, he entered the interior of Makuu Castle and came face-to-face with Don Horror himself. Don Horror shot at Gavan with his eye beams and grabbed Gavan with his psychic hand, but Gavan managed to free himself and stabbed Don Horror before slashing his head. Don Horror's head detached from his body to attack Gavan, but Gavan sliced off one of his horns before stabbing Don Horror's head with his laser blade and destroying it.

Years after Don Horror and Makuu were originally defeated by Gavan, a descendant of Don Horror, Ashurada, joined the Zangyack Empire and became the warden of their prison system. Ashurada sought to catalyze the blood of Don Horror in order to have Makuu Space expand across the universe but this plan was foiled by Gavan and the Gokaigers.

Despite his destruction at the hands of Gavan, Don Horror's spirit survived and later found astronaut Toya Okama. Convincing Toya that his friend and fellow astronaut Geki had deliberately allowed him to fall into space so he could claim their childhood friend Itsuki, Don Horror gave him the Brighton mask and turned him into Brighton so he could usher in his revival.

As Brighton, Toya Okama took charge of the resurgent Makuu and led them in reviving Don Horror from the now derelict Makuu Castle. After Brighton's subordinates Zan Vardo and Witch Kill, obtained the pieces needed to resurrect Don Horror, Brighton kidnapped Itsuki to use her as the host for Don Horror. Brighton brought Itsuki back to Makuu Castle and set in motion the plan to revive Don Horror and have the Makuu Space expand and overtake the galaxy. In the end however, Don Horror's revival was averted by the new Gavan, Geki Jumonji, who slashed Toya's Brighton mask in half and stopped the ritual, preventing Don Horror's return. 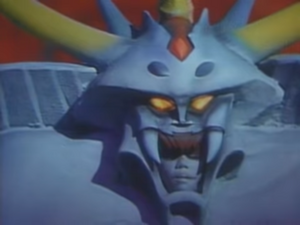 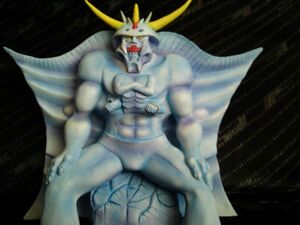