Leader of the Air Pirates

Plunder and take over Cape Suzette.

Don Karnage is the main antagonist of the 1990 Disney cartoon series TaleSpin (with Shere Khan being an anti-hero). A sinister, anthropomorphic wolf, he is the leader of a bandit group called the Air Pirates, serving as the archnemesis of Baloo, Kit, Rebecca, Molly, and Wildcat.

He also serves as a recurring antagonist in the Ducktales 2017 reboot. Just like his original he's the leader of his bandit crew "The Air Pirates" and he is also the archenemy of Dewey Duck.

He was voiced by Jim Cummings in TaleSpin, and later by Jaime Camil in the 2017 DuckTales reboot series.

Don Karnage is an anthropomorphic red wolf who leads the Air Pirates and flies a huge air craft carrier that houses many fighter planes called the Iron Vulture. He speaks with an accent that happens to be a blend of Spanish, Italian and French.

Don Karnage is a very professional pilot and happens to be sly, relentless, manipulative, and shrewd in nature, as he comes up with plans to rob Cape Suzette of its riches and resources. He can also be quite demanding and ill-tempered with his men when they do something wrong or idiotic. However, he can be quite honorable, as shown when he saved Baloo's life instead of crucifying him due to a truce they made after getting themselves glued together by accident.

Being the leader of the Air Pirates, Don Karnage's main goal is to plunder the city of Cape Suzette of its resources. And yet, he and his forces underestimate the extremely talented piloting skills of the protagonist, the bear pilot Baloo, which has lead to many defeats, much to Karnage's fury. Baloo is his arch nemesis in TaleSpin. He would often resort to losing his temper whenever things go bad, even for the slightest reasons.

Most of Don Karnage's schemes involve taking over Cape Suzette. In the "Plunder and Lightning" story arc, he steals a valuable gem that generates electricity, and he exploits the gem's power to power a weapon that causes so much damage to many buildings around Cape Suzette. Another time was in the episode "From Here to Machinery", when he learns that Shere Khan is replacing all pilots with robots called the Auto Aviators (created by Professor Torque), and upon learning that the robot never deviate from their programming, he intend to exploit this to put his skills of air piracy to good use.

Another time was in the episode "On a Wing and a Bear", when he briefly formed a deal with Shere Khan to create an oil shortage so that Khan can extort higher prices to the public. Another was in "A Bad Reflection on You", where he exploits the usage of mirrors to stage disappearances of pilots (including Khan's very own pilots) during their travel through a dangerous air route called the Master Run. All of his schemes were thwarted and defeated by Baloo and his friends. 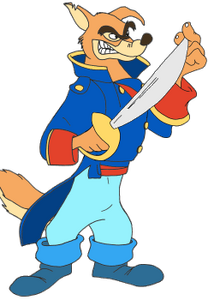 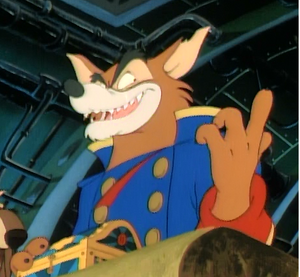 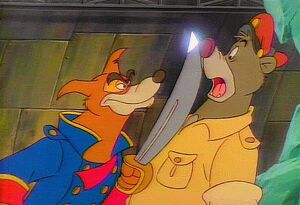 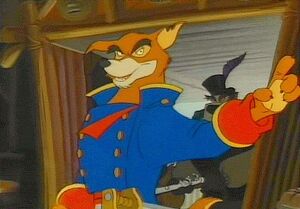 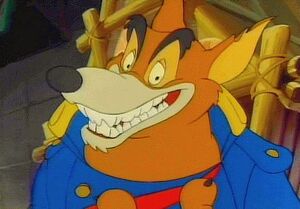 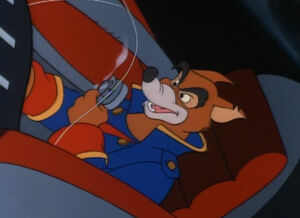 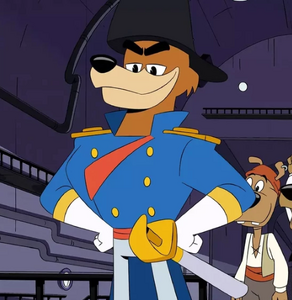 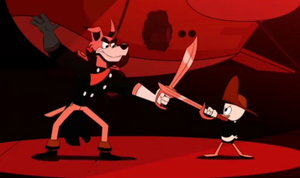 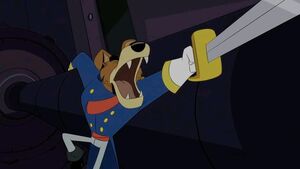 Don Karnage defeated by Dewey Duck after the Iron Vulture crashes into mountain in "Sky Pirates...in the Sky!" 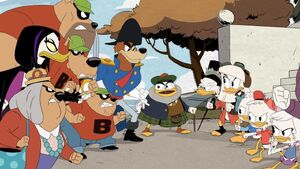