Villains Wiki
Register
Don't have an account?
Sign In
Advertisement
in: Article stubs, One Piece Villains, Pirates,
and 23 more
English

Captain of the Krieg Pirates

Tyrannizing and spreading fear towards anyone.

Challenging powerful enemies that he has no hope of defeating.

Conquer all of East Blue and become the Pirate King (ultimately all failed).

Don Krieg is the main antagonist of the Baratie Arc of One Piece. He is the captain of the Krieg Pirates and an infamous pirate of East Blue.

He was voiced by Fumihiko Tachiki (who later voiced Akainu) in Japanese, and Andy Mullins in English.

Krieg is a typical One Piece villain who displays cruel tendencies using a huge arsenal of weapons and overwhelming odds. He is incapable of any sense of honor nor can he spare sympathy for anyone.

Krieg is characterized by cruelty, dishonesty, and arrogance. He is confident in his own superiority, despite any failures he might experience, and believes wholeheartedly that his armada and arsenal of weapons can overcome any foe. This led to his failed attempt to conquer the Grand Line, believing that mere numbers and weapons were enough to get him by, he was utterly defeated when Dracule Mihawk almost completely annihilated his entire fleet. Even in the face of his obvious inferiority, Krieg refused to accept or learn from his mistake, instead turning to treacherous and underhanded methods to get by and believing that there was some sort of trick to overcoming such foes.

However, his constant victories and reliance on weapons and odds made him egotistical, disapproving, and overconfident. His superiority complex makes it very easily for him to lose his temper if his orders are not fulfilled.

Krieg lives up to his nickname, as he believes in winning above all else, and will stoop to any level to achieve it. Examples include flying a white flag of surrender and posing as Marines to get the drop on them. To that end, he considers concepts like pride and sympathy to be pathetic and inadequate, and will go to any lengths to win, as well as killing subordinates who fall in line with such emotions, disregarding their loyalty and strength.

Krieg is also demonstrated to be a sound tactician and expert strategist, realizing the material value of his subordinates and requiring them to be at perfect health, as well as using decoys and disguises to avoid unnecessary battles (such as disguising his flagship as a Marine vessel to enter village harbors easily, or dressing up his first-mate as himself to distract pursuers). Despite showing his lack of honesty, his manipulative, dishonest, corrupt, and unethical behavior, is a testament of his strategic aptitude.

Krieg keeps his crew together principally using fear, despite how mad, insane, and ridiculous some of his orders may seem, his crew will follow them out of fear of death, which is another factor that limits their strength. Overall, he rules his crew with draconian might and expects utter obedience for his overbearing demands. However, some members like Gin have genuine, humanistic, and compassionate, respect for Krieg, while Pearl shares the same believes of skulduggery is the key to victory and survival. 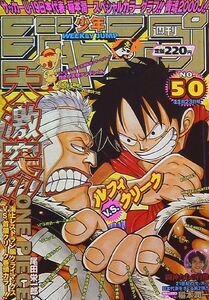 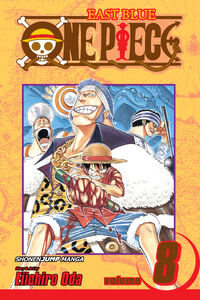 Leadership: Krieg was considered (in military strength) the most powerful pirate in the East Blue and had a terrible reputation. Although Krieg had a lower bounty than Arlong (especially with the fishman bribing the Marines to keep it low), his fleet of 50 ships and over 5,000 pirates, combined with active pillaging, forced the Marines to view Krieg as a greater threat. Despite this, however, it was commented by Luffy that Krieg's fleet was not all that powerful, they were just using sheer numbers alone to overwhelm their opponents.

Enhanced Strength: Krieg also claimed to be the strongest man in the world and, while this is clearly a vast overestimation on his part (as the title belonged to Edward Newgate at the time), he is certainly formidable in physical combat, possessing a great deal of physical strength. He was able to take cannonballs without moving an inch, and easily lifted and threw the Sabagashira No. 1 that Patty and Carne attacked him in. He can also lift the one-ton Great Battle Spear single-handedly and swing it around freely while wearing his golden wootz armor.

Intellect: Krieg is quite intelligent and manipulative, as he knew that his crew's survival is important, as well as knowing that Baratie would serve as a great pirate ship due to its nonthreatening appearance. He also has knowledge of Devil Fruits, as shown when he witnessed Luffy's ability to stretch and planned to throw him into the water in order to disable him, noting that the Grand Line is supposed to be filled with such people.

Battle Suit: Befitting his moniker "Foul Play", Krieg's fighting style revolves around hidden firearms and incendiary devices built-in to his wootz steel armor, which itself is hidden underneath normal clothes, to provide a surprise and unseen defense until after a strike has been made. Krieg relies on using surprise and large numbers of rapid and high firepower attacks to overwhelm his adversaries.