Patriarch of the Kong Family

Defeat Stanley (both failed and abandoned).
Steal Stanley's plants by making the insects take them (can be succeeded or failed).
Train his grandson to defend Kong Island (succeeded).

Cranky Kong's first appearance as the original Donkey Kong is in the Arcade game of the same name. After being mistreated by Mario (back then known as "Jumpman"), he kidnaps Mario's girlfriend Pauline to a construction site.

Donkey Kong was later imprisoned by Mario as punishment for kidnapping Pauline. However, he was saved by his son, Donkey Kong Jr.. As punishment, they both punch Mario both imprisoning him and almost killing Junior.

Donkey Kong attacks the greenhouse of the game's protagonist Stanley the Bugman. He has to be defeated in all three stages.

Years later when old age hits the original Donkey Kong, he becomes frail and cranky. Eventually, he takes the name "Cranky Kong", while his grandson takes on the name Donkey Kong Much of the current DK's time is spent listening to music and spending time with his friends, where he lives in a relatively laid back lifestyle, opposed to the original Donkey Kong. Unlike his grandfather, he is friends with Mario and often visits him in various sporting festivals. However, a band of Kremlings known as the Kremling Krew form during this time. Their attempts at stealing the banana hoard cause Donkey Kong to guard his banana hoard every night. 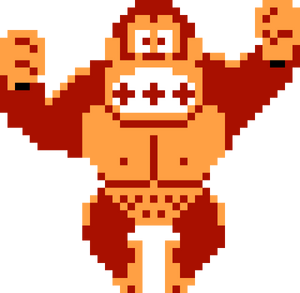 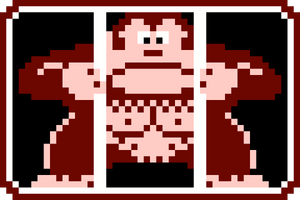 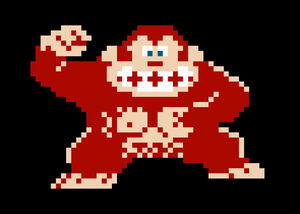 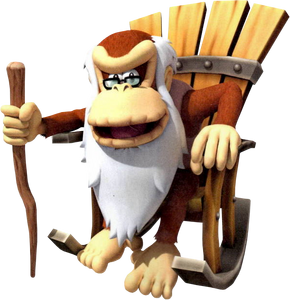