Villains Wiki
Register
Don't have an account?
Sign In
Advertisement
in: On & Off, Rivals, Friend of a Hero,
and 35 more

King of the Jungle
Big Monkey (by Mario)

Patriarch of the Kong Family

Donkey Kong (also known as DK for short) is the titular main protagonist of the Nintendo video game series of the same name. He also appears as a supporting protagonist in the Mario series. Although he is depicted as a hero in most games, in the Mario vs. Donkey Kong series, Donkey Kong serves as the main antagonist, but reforms by the end of each game, unlike his predecessor Cranky Kong.

In the first game, Mario vs. Donkey Kong, Donkey Kong watches TV in his living room. Hearing about the new Mini-Mario toys, he rushes to the store to get his very own, but then he saw that they were already sold out. Then Donkey Kong came across a factory making Mini-Marios, so he breaks in and takes some Mini-Marios from the working Toads. Then Mario catches him and spends the rest of the game trying to stop him from stealing the Mini Marios, as well as kidnapping the working Toads. After several journeys and battles of Mario rescuing the Mini Marios and Toads, Donkey Kong was sobbing while defeated. Mario then decided to console him and offer him one Mini Mario toy, which Donkey Kong happily accepted.

Mario vs. Donkey Kong: March of the Minis

In the second game, March of the Minis, during the grand opening and ribbon-cutting ceremony of a new amusement park, "Super Mini-Mario World", Mario offers Pauline, his VIP guest, a Mini-Mario. Donkey Kong, wanting to win Pauline's heart, offers her a Mini-Donkey Kong, but Pauline chose the Mini-Mario instead. Enraged, Donkey Kong ran off with Pauline, and Mario uses the Mini-Marios to save Pauline from Donkey Kong. Upon finally reaching Pauline, however, Mario finds her safe and sound inside a cozy room surrounded by gifts (presumably from Donkey Kong in an attempt to impress her) and holding a cup of tea. Donkey Kong enters the room, feeling remorse for his behavior, and Pauline picks up a Mini-Donkey Kong and kisses it, making Donkey Kong feel better, knowing that she has forgiven him.

In Minis March Again, Mario and Pauline were selling Mini-Marios and are opening up an extension of the same theme park from the previous game. Donkey Kong was last in a long line. Then when Donkey Kong was about to get one, they ran out, so Donkey Kong kidnaps Pauline, and Mario gets the Mini-Marios to track down Donkey Kong and rescue Pauline again. By the end of the game, it is revealed that Pauline had orchestrated the kidnapping in order to test the Mini-Mario amusement park.

In Mini-Land Mayhem, Mario and Pauline open another amusement park, "Mini-Land", and offers the first 100 guests a free Mini-Pauline. Donkey rushed for one, but Mario pointed out that he was the 101st guest and he can't get one, so Donkey Kong gets mad and runs through the park, capturing Pauline again, so Mario gets the Mini-Marios to rescue Pauline from Donkey Kong. After a long chase, Mario decides to just give Donkey Kong a Mini-Pauline anyway and the three of them celebrate. 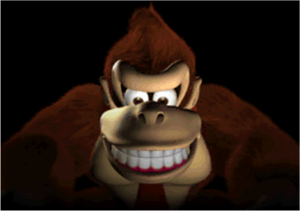 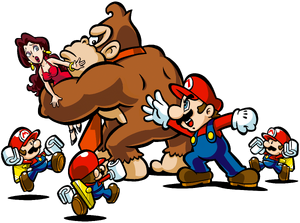 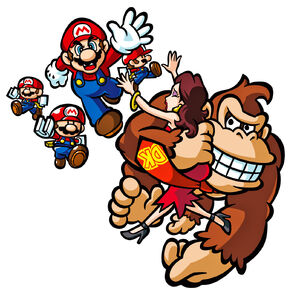 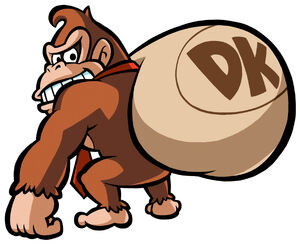 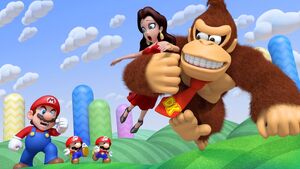