Donald "Donnie" Southerland Cunaman is the son of Connie Cunaman and Satan. He is the Anti-Christ, who planned to bring about the end of the world.

In "A-Park-A-Lypse", Connie gave birth to a baby named Donnie, who was put into her by Satan. At the time he was born, a volcano was erupting from Mt. Brickleberry. Denzel worried that the two were connected and assumed that Donnie was The Anti-Christ. Everybody thought Denzel was crazy for believing this and told Denzel to go apologize and make amends with Donnie. When Denzel was alone with Donnie, Donnie revealed that he was, in fact, a demon baby as he stood up, started talking in a demonic voice, ripped the head off a teddy bear, floated off the ground, developed red glowing eyes, spun his head around in circles, started vomiting, and threatened to rip off Denzel's dick and feed it to the demons of Hell. Denzel rightfully flipped his shit and ran away, screaming in terror, now knowing for a fact that Donnie was evil.

Denzel tried to convince the others that Donnie was The Anti-Christ but nobody believed him. Connie was seen taking Donnie out in his stroller and as she walked by, the flowers beside them burst into flames, birds dropped dead from the sky, and a squirrel even puffed up and exploded. Ethel just assumed that this was a result of pesticides building up in the groundwater and mentioned how mid-flight avian deaths are completely natural and people still didn't believe that Donnie was a demon.

Steve started to learn that Donnie was a demon when he noticed the clouds in the volcano resembled a giraffe with titties and joined Denzel on his journey to kill him. They came up to Connie who was watching children's cartoons in reverse with him. In these cartoons, the characters sounded like they were making Satanic comments. Donnie also quotes some Biblical Aramaic, which caused a bear out the window to strangle himself to death. Connie also explained that she was literally inseminated by Satan, which got her pregnant in the first place. Connie then fed Donnie by having him eat some of the flesh off her arm.

Steve and Denzel got Preacher Vernon to help them exorcise Donnie. Donnie was in Connie's cabin with her, singing Old McDonald's songs. Ethel suddenly joined the group too, now being convinced that Donnie was a demon. As she explained, she was babysitting him and he puked up a giant lizard head and said something about her sucking cocks in Hell. Ethel went into Connie's cabin with a stake and Connie had Donnie going to sleep while listening to Satanic music. Ethel convinced Connie to leave her baby with Steve and Denzel, while she took Connie on a spa day. Connie obliged, having had most of her blood sucked out by Donnie earlier.

Steve, Denzel, Ethel, and Preacher Vernon all got ready to kill Donnie but Donnie made Steve turn on Peacher Vernon by lying, saying that he called him a pussy. Denzel introduced an exorcism dream team, consisting of such religious figures as Father Quinn, who really only wanted to rape him, Rabbi Maltzman, who clearly didn't give a shit about stopping the demon, Dr. Kuzniak, who was a part-time witch doctor, and Jorge, who had seen The Exorcist 7 times and promised to let Donnie take over, claiming to actually be on his side. Donnie immediately used his demon powers to blow Father Quinn up. Donnie told the others that they got to pick how they wanted to die. Jorge requested a blowjob to death. Donnie obliged but before he could summon the rabid hell-hounds to do the job, he instantly went back to his normal baby form, when Connie came in, back from the spa, and worried for her baby. They exclaimed they were trying to exorcise Donnie and Preacher Paul said that because the exorcism wasn't working, they should just throw Donnie into the volcano and get it over with. Connie grabbed her baby and ran off with him to protect him.

Connie ran away with Donnie but stupidly wound up on top of the volcano. The others cornered her there and demanded that she throw him in but she still refused. Donnie turned his head around and spoke to her in his demon voice, admitting that he was actually the son of Satan. Connie told him that she'd love him no matter what he is and swore to never throw him into the volcano. Denzel was fed up with the bullshit so he smacked Donnie out of Connie hands and then threw him like a football into the volcano to kill him.

Connie sat by the volcano and cried over the loss of her baby only for Donnie to rise from the lava in the form of a flying demon baby, having his demonic evilness fueled by the lava. Preacher Paul stupidly admitted that he just made up the thing about throwing the baby in the volcano and had no idea how to exorcise a demon. Donnie announced the beginning of the end and caused the volcano to officially erupt, unleashing a flock of other demons from Hell to wreak havoc on Brickleberry National Park. The demons all went around, burning trees, destroying buildings, killing people, and raping Buella up the ass.

Connie stood up and ranted at Donnie, demanding that he stop the apocalypse, threatening that if he ended the world, she would ground him. Donnie was actually swayed by his mom's words and in grumpily called off the apocalypse. Donnie told his friends that they would do this again later, after Connie dies on August 30th, 2042. The demons all went back into the volcano and Donnie followed with them, telling his mom that he belonged down there but he'd be seeing her in Hell again soon. Donnie entered the volcano and went back to Hell. 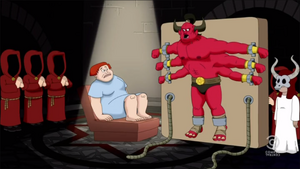 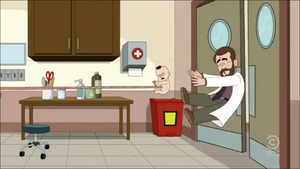 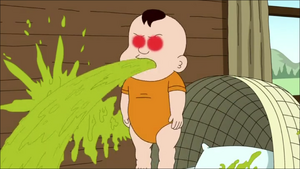 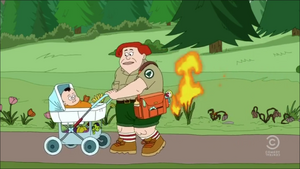 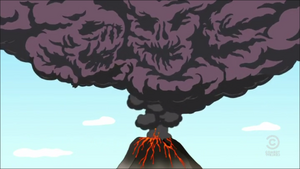 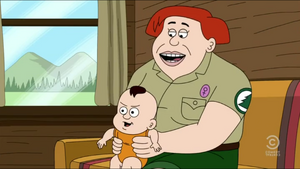 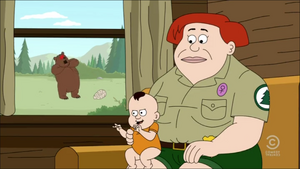 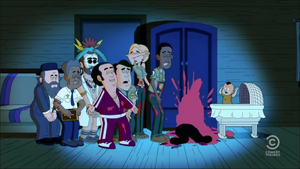 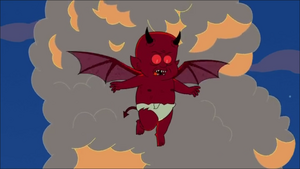 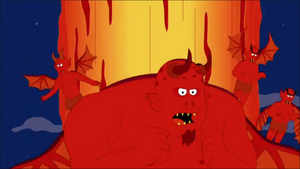 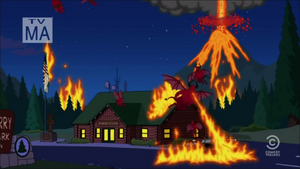 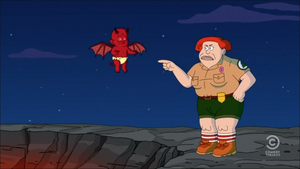 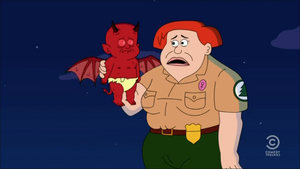 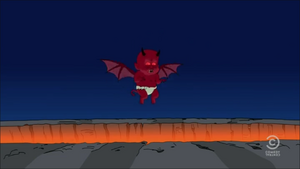