Donald Allen "Donnie" Mallick is a major antagonist in the crime-drama TV series Criminal Minds. He is a serial killer who is infamous for being the murderer of former FBI Agent Jason Gideon, and appears as the main antagonist of the Season 10 episode Nelson's Sparrow.

He is portrayed by Arye Gross.

Donnie was sent to his bird-loving and wheelchair-ridden aunt Gertie Mallick due to his schizophrenic mother Zettie Mallick being sent to a mental hospital. Years later, Gertie died and Donnie became the sole resident of Gertie's house, for unknown reasons he started kidnapping women and breaking their legs and later bounding them to wheelchairs, just like his late aunt.

Days after kidnapping them, he would kill and hide their bodies in a nearby forest. After Tara Barnett was kidnapped by him, her mother Mary Allen sent BAU Agents Jason Gideon and David Rossi to find Tara and arrest Donnie for his crimes, which resulted in a failed attempt to find him. Tara stayed with Donnie for 37 years until her death from cancer.

Donnie eventually returned to his role as a serial killer, he tricks a woman named Josie Behdart and locks her in his basement, breaking her legs in the process. Fortunately, Donnie was found by the BAU Unit and was ambushed by them, while at his backyard, he is tricked by Rossi, who tells him that he would become more popular in prison if another FBI Agent is killed by him, Donnie then grabs his gun to shot Rossi but is gunned down by him. 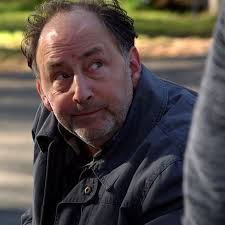