To maintain the Doofenshmirtz family's control over their Tri-State Area (succeeded for 5 years).

To take over the 1st Dimension Tri-State Area (failed).

The 2nd Dimension Heinz Doofenshmirtz founded the company in his family's plot to take over their Tri-State Area. To that end, he created an army of giant hovering robots called Norm Bots. When the O.W.C.A. hears about the Doofenshmirtz family's plot, they send over their agent 2nd Dimension Perry the Platypus to foil it. Unfortunately, 2nd Doof defeated 2nd Perry and turned him into his right-hand man known as Platyborg before initiating his invasion, which became a complete success.

Ever since then, the company took control of every business in the region, proving be a more successful company than the original one. Even 2nd Doof's wife 2nd Charlene took the opportunity to capture 25 more of O.W.C.A's agents and turn them into Animal-Borgs to secretly serve for the Doofenshmirtz family. As such, a resistance (led by 2nd Dimension Candace Flynn) was formed to fight against the Doofenshmirtz family's reign, though their efforts were for naught for the next five years.

Fortunately, Phineas and Ferb, along with the original Perry and Doofenshmirtz, brought in their friends and allies to fight back against the invasion, just as Phineas manages to destroy the satellite controlling all Norm Bots, deactivating them in the process. This resulted 2nd Doof to be arrested for his crimes while Platyborg is returned back to his host family, and it can be implied that the company is shut down afterwards.

Despite the company being shut down following 2nd Doof's arrest, it wasn't the end of it as 2nd Charlene formed a plot to free 2nd Doof from custody in case of such an event. It also turns out that both 2nd Doof and 2nd Charlene formulated a fake divorce to secure the company's remaining finances in case their reign would be overthrown. Two months following 2nd Doof's arrest and the Norm Bots' destruction, 2nd Charlene sends out her animal cyborgs and two giant robots ants to kidnap Platyborg, though this failed (thanks to the Resistance's intervention). Eventually, 2nd Candace caught wind of 2nd Charlene and decides to confront her in her penthouse, bringing 2nd Phineas and a restrained 2nd Doof along since they need the latter to get past the sensor system to enter the building. However, anticipating that they would do so, 2nd Charlene sets her animal cyborgs to trap Platyborg and the kids, allowing 2nd Doof to go free.

Eventually, 2nd Candace and 2nd Phineas' stepbrother 2nd Ferb Fletcher manages to free the trio by pretending that he was captured and turned into a cyborg by 2nd Charlene, as part of the Resistance's true plan to infiltrate into 2nd Charlene's penthouse so that they can free the animal cyborgs from their evil programming and take the evil Doofenshmirtz couple into custody. Despite the Resistance's success in freeing nearly all of the animal agents, the Doofenshmirtz family and their remaining henchman Pandaborg were able to escape on a hover car (driven by 2nd Vanessa's boyfriend Tony Marzulo). 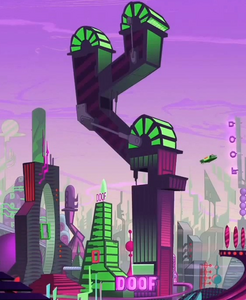 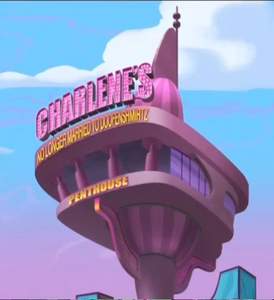