The Dooks of Doom are a group of one-time villains from the Cartoon Network original series The Powerpuff Girls, only appearing in the episode "Girls Gone Mild". They are a motorcycle gang of evil animal-like monster creatures, that destroy everything in their paths. The exhaust fumes from their motorcycles leave a trail of chaos and death behind them, wherever they go. The three members of the gang are Goll-Gorr, Hog-Gwar, and Whizzer.

Goll-Gorr was voiced by Kevin Michael Richardson, and Hog-Gwarr and Whizzer were both voiced by Daran Norris.

The Powerpuff Girls were banned from using their powers, by Stanley and Sandra Practice. With crime rates at an all time high, and the police doing nothing to stop anyone, it was open season for any villain or criminal to do whatever they wanted. One of these villains were The Dooks of Doom. They drove into Townsville and reeked havoc among everybody, by eating random objects and destroying plants and animals with their toxic motorcycle fumes. The Dooks of Doom started invading Maple Street, where Stanley and Sandra Practive lived. Blossom, Bubbles, and Buttercup went to The Practice House, and begged The Practices to overturn the contract, that banned them from using their powers, thinking that with their own street under attack, they would see how important The Powerpuff Girls really are. However, Stanley showed off their state-of-the-art security system, that protected their entire house with steel doors and windows. He thought nothing could break through this. However, Goll-Gorr was quick to break down their doors, by using Whizzer as a bomb. The Dooks of Doom wanted to eat Stan and Sandra and The Powerpuff Girls, so they all ran to The Practice's bedroom. However, this still didn't stop The Dooks, as Goll-Gorr smashed his head through the door and used his giant vacuum mouth powers to suck them all in. Stan and Sandra were gripping onto the window sill, and Blossom asked them once more to overturn the ban. They decided they had no other choice and Sandra tore the contract apart, allowing The Powerpuff girls to beat The Dooks of Doom senseless, which they ever so gladly did. After their beating, The Dooks of Doom skyrocketed through the roof, and finally defeated. 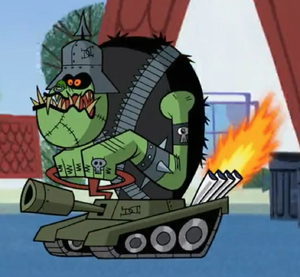 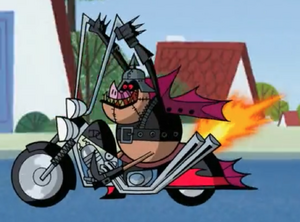 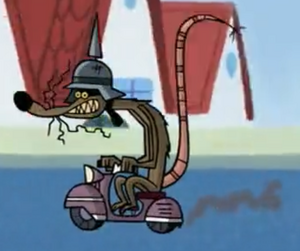 Whizzer
Add a photo to this gallery

Retrieved from "https://villains.fandom.com/wiki/Dooks_of_Doom?oldid=3888981"
Community content is available under CC-BY-SA unless otherwise noted.