The Doom and Gloom Girls

The Doom and Gloom Girls (sometimes called "DD Girls") are a group of five Negamonsters who work for Queen Beryl and villains in the Sailor Moon series.

In Episode 40 "Day of Destiny", the Sailor Scouts were on their way to the Negaverse through its possible entrance to fight Queen Beryl. When Queen Beryl asks her Youma subjects which of them would like to dispose of the Sailor Scouts and earn their place in Negaverse history, the Doom and Gloom Girls appear and volunteer for the job. They tried to trick Sailor Moon by disguising themselves as Tuxedo Mask, trapped, and nearly succeeded in trapping Sailor Moon, even though the others knew it was a trick. They then tricked Sailor Jupiter into thinking that they were Andrew, and then they trapped her with metal wires. They pulled her into a hole, killing her, but not before she destroyed two of them (the red one and the blue one) with Jupiter Thunder Crush.

Their next target was Sailor Mercury. The three remaining Doom and Gloom Girls disguised themselves as Greg, but she was able to see through the illusion. But they managed to trap her anyway and kill her, but not before Mercury destroyed the crystal on one of the girls that allowed her to create the illusions in the first place. Afterwards, they attempted to get Sailor Moon from under the ground, but she was pushed out of the way by Sailor Venus, who was trapped instead. She managed to kill the pink one with a Venus Crescent Beam Smash to the face, before apparently dying herself.

Afterwards, the two remaining girls captured Sailor Mars in a huge pile of rubble, where Rei destroyed them with Mars Fire Ignite, but at the cost of her own life. Only Sailor Moon by this time is left alive to continue her quest to take on Beryl, drastically reducing her fighting force. 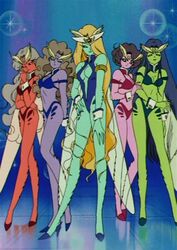 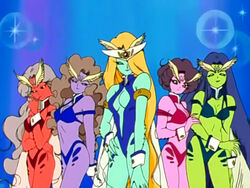 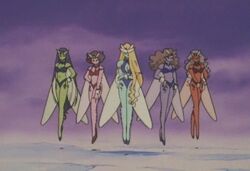 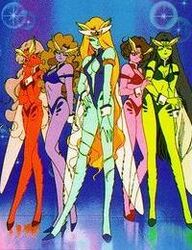 The Doom and Gloom Girls appeared in the video game, Sailor Moon: Another Story. They serve as Queen Beryl's last line of defense.

Retrieved from "https://villains.fandom.com/wiki/Doom_%26_Gloom_Girls?oldid=3526467"
Community content is available under CC-BY-SA unless otherwise noted.