Help Cooler in his goals.

Brutish Minion
Doore is a member of Cooler's Armored Squadron and a villain from the Dragon Ball Z movie Cooler's Revenge.

Before working for Cooler, Doore was a former professional wrestler in the Galactic Pro Wrestling League. He was undefeated in 300 matches and killed all his opponents. He, along with the other members of the squadron, Salza, and Neiz, was first seen, watching Freeza destroy Planet Vegeta alongside their master, Cooler.

Years later, Doore and the others accompanied Cooler to Earth so as to kill Son Goku for Freeza's death. The Squadron quickly scoured the countryside, looking for the saiyan and found him on a camping trip with his son and a few friends. They attacked and managed to fight them successfully, but their targets disappeared. Doore and his companions eventually managed to find them and fought again. However when he attempted to attack Gohan, Doore found himself confronted by Piccolo, who managed to kill him with a homing energy blast after he pursued an escaping Gohan.

Like most of the other villains, Doore makes an escape from Hell in a later Dragon Ball Z film, Fusion Reborn.

Doore possesses all the same traits as many Dragon Ball characters, superhuman abilities and the ability to manipulate energy in the form of blasts and flight. 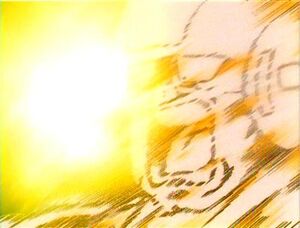