Transportation for the Locacaca Organization

Doremifasolati Do is a minor antagonist in JoJo's Bizarre Adventure: JoJolion. A Rock Animal owned by Urban Guerrilla, it assists the Locacaca Organization in pursuing the heroes.

Doremifasolati Do is said to be a Rock Animal comparable to a caterpillar, though it resembles a human-sized sled in appearance. Its sides consist of clay-colored "treads" with strange arm-like designs on each segment. Its legs also have its design along them. Its head and arms are a pale white, with the head resembling a dog or bear's and having black grooves around the eyes. Its white hands are also capable of spinning rapidly to assist it in locomotion. The creature's diet consists of insects and roots, and possibly the soil itself.

Doremifasolati Do is not sentient and exhibits animalistic behavior, but does show loyalty to Urban Guerrilla and tries to protect him.

Not much is known about Doremifasolati Do's origins, other than it is one of the mysterious Rock Organisms, specifically a Rock Animal. At some point it came to be the pet of Urban Guerrilla, and thus became an asset of the Rock Human-led Locacaca Organization.

Doremifasolati Do first appears alongside its master chasing down Rai Mamezuku, with the hero recruiting Josuke and Yashuo to shake him off his tail. While the two do manage to meet up with the plant appraiser, Yasuho falls off the ski lift and causes Doremifasolati Do to emerge to allow Urban Guerilla to attempt an attack, only to be stopped by Rai.

Eventually, the two split up to attack the heroes after having the two heroes jump down from their destruction of the ski lift, with Doremifasolati Do heading after Josuke and Yasuho. After shrugging off Soft and Wet's bubbles, Josuke and Yasuho dodge its attacks and eventually lure it to a rock, which it eats to accidentally provide a distraction. Josuke then heads after Rai to give him aid, dodging Doremifasolati Do all the while. Once it and his master unite, Doremifasolati Do manages to pin Josuke under it, but this merely provides time for Rai to reveal that he transported some gas from a broken tank into Doremifasolati Do, which he then proceed to throw a lighter at to kill both master and pet in a fiery blaze. 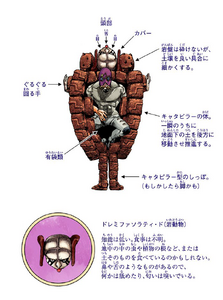 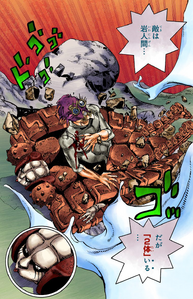 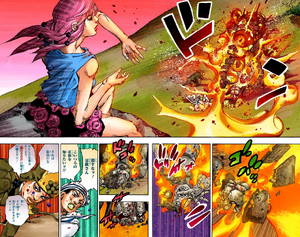