Double is one of the main antagonists from Skullgirls.

It is uncertain how Double came into being, though she is described as being Queen Lamia's "shadow". Lamia ruled an ancient empire which existed in ages past, but was destroyed by Neferu. When Double appeared, she created the Holy Trinity Church, which worships the Trinity formed by the "Mother" and Lamia's two daughters, Aeon and Venus.

During ages Double has served the Trinity's will, assuming various identities and giving the Skull Heart to people she deems "suitable" for becoming the Skullgirl. This has led her to confront Annie (who refers to her as "The Shapeshifter") many times throughout the years. During the current time, Double disguises herself as a nun named Sister Agatha.

Double appears in all character's story modes, either as a doppelganger of the player's character for mirror matches or as dual boss along with Valentine, usually manipulating the character to go after the Skullgirl and wish on the Skull Heart. During her own story mode, it is shown that Marie, the current Skullgirl, is somehow resisting the Skull Heart's corruption and following her own agenda, so Double is ordered to dispose of her and find another suitable host for the Skull Heart. Double plays a larger role in some of the DLC characters' story modes, namely Squigly, Eliza and Beowulf's.

In Squigly's story mode, it is shown she is directly responsible for pitting the Medici Mafia against the Contiellos, Squigly's family, when she disguises herself as a rich woman and gives the Skull Heart to Selene Contiello as a birthday gift, after which the Medici's goons break up the party and kill everyone in the place to take the Skull Heart. Selene then wishes for her family to be revived, which makes her turn into a Skullgirl, forcing Squigly, now an undead, to join with the Medicis to defeat her own mother.

In Eliza's story mode, Double appears after Eliza defeats Marie, promptly attacking Eliza in a bout of rage and calling revenge on the death of her daughters, after which Eliza recognizes her as Queen Lamia.

In Beowulf's story mode, Double disguises herself as Beowulf's manager Zane, manipulating him into fighting various of the other characters so as to eliminate the obstacles to her plans. Annie warns Beowulf about his manager, but he doesn't listen and goes into one final fight, this time against a doppelganger of himself (actually Double in disguise). After being defeated, the fake tries to demoralize Beowulf, revealing his epic fight against the Gigan Grendel was staged. Surprisingly, Beowulf accepts the truth and decides to make up for his fans by going after the Skullgirl. When he confronts his manager, Double finally shows herself and swallows Beowulf, taking him into Gehenna, where all the people Beowulf confronted were trapped. Annie then shows up and rescues everyone, confronting Double while Beowulf confronts the Skullgirl.

Double maintains mostly a stoic personality most of the time, rarely displaying any emotion at all, though she sometimes smiles in a sadistic way along with showing glowing red eyes. However she sometimes has sudden bursts of rage when things don't go as she plans and particularly when facing Eliza. 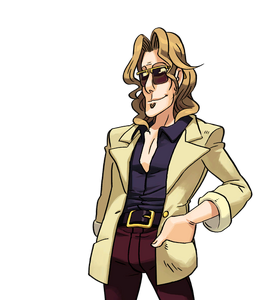 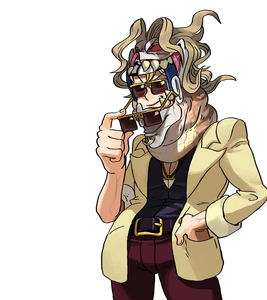 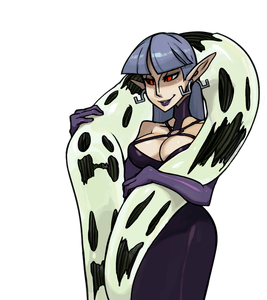 Double as an elf girl, the keeper of the Skull Heart. 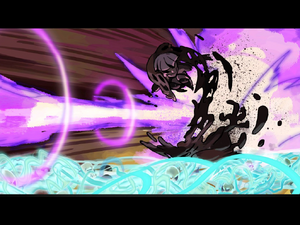 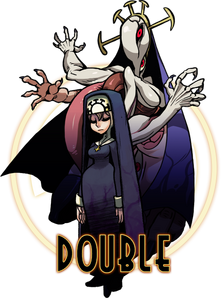 Double in her true and human forms.
Add a photo to this gallery

Retrieved from "https://villains.fandom.com/wiki/Double_(Skullgirls)?oldid=3547568"
Community content is available under CC-BY-SA unless otherwise noted.