Trick Julia Chang to join in the research which will end human race (both failed).
Create the Mishima Zaibatsu's Orbital Laser Satellite (succeeded).

Dr. Abel is a non-playable character and a major antagonist in the Tekken series. He's a mad scientist and a rival of Doctor Bosconovitch.

Abel was fairly famous in the underground society, but his findings were often preceded by Bosconovitch.

Abel stole Roger and Alex from Kazuya Mishima and Dr. Bosconovitch. He isn't shown but he fired a beam from a satellite which destroyed Jack-2, while he was playing with Jane when she was 8.

Abel reanimated the deceased evil corrupted Interpol officer, Bryan Fury. Bryan is described as "part man, part cop, all zombie". Dr. Abel thought that a perfect cyborg must have the mechanics built by his rival and sent Bryan to to collect Bosconovitch's data. He needed it to end his main project - the Cyborg Army. Bryan targeted Yoshimitsu, who has strong ties with Bosconovitch.

Abel also appeared in Gun Jack's ending when he tried to kill Jack and Jane after Jane restored Jack-2's memories in Gun Jack and the two fled from the Mishima laboratories. Abel fired another beam from a satellite but this time failed, because Jack generated a force field that protected him and Jane.

Heihachi failed to capture Ogre, but with the help of scientists, he collected samples of his blood, skin tissues, and hoof fragments to conduct genetic experiments. Ogre's blood was used to create a new life form by combining Heihachi's and Ogre's genetic material. The experiment failed, but Heihachi learned from Doctor Abel that the Devil Gene was necessary to integrate Ogre's genetic code with his own.

During the search for Kazuya's body, the Mishima Zaibatsu managed to destroy the labs and stealing the data of G Corporation, containing also the GENOCELL project. Abel started to study this project and was fascinated by it.

As Heihachi’s lead scientific advisor, Doctor Abel urged Heihachi to quickly find a way to capture Kazuya. The mad scientist advised Heihachi to lure Kazuya into a trap and captured him to that Abel might experiment on his body and give Heihachi what he wants.

Bryan Fury was dying, and there was only one person who could change this, Doctor Abel, his creator. But Abel abandoned him two years ago when the Mishima Zaibatsu recruited him as its top scientific advisor. Bryan despised both of them. Mishima Zaibatsu for taking Abel away from him and Abel himself for abandoning him. Bryan hoped to defeat Heihachi, so that he would have become the head of the Mishima Zaibatsu. Bryan wanted to command Abel to modify his body, thus becoming "the most powerful being in existence" once again.

The Mishima Zaibatsu used the GENOCELL research they had stolen from G Corporation to aid one of their own projects, led by Doctor Abel; the merging of devil cells with human cells. When trying to merge the cells together, under normal circumstances, the devil cells destroyed the human cells, however, through the use of GENOCELL, the devil cells could be suppressed and the creation of a viable lifeform could be made possible.

In Paul Phoenix's non-canonical ending, Paul became the new leader of the Zaibatsu and let others handle the day-to-day affairs of the company. Eventually, his executive position became nothing but a job title and Abel acted as the true leader. In the end, Abel's total control over Paul resulted in a life of depravity for Paul.

In Julia Chang's non-canonical ending, Julia is working on one of the Zaibatsu computers on her 'Genocell' program when she comes across the "Devil-Human Integration Project", stolen from G Corporation and Kazuya. Doctor Abel then comes out of the shadows and begins to explain that her 'Genocell' program was the key to completing the "Devil-Human" project, and then asks her to join them. Julia, disgusted at this, prepares to delete the entire program. Abel points a gun at her, telling her that she will be destroying the future of mankind. Julia states that the project is the destruction of mankind, since such horrible things should not exist. Julia proceeds to deleting the project, even though it means the discontinuation of the forest's rejuvenation. Enraged, Abel screams "STUPID WOMAN!" and fires a shot; luckily, Julia flips away in time and the shot misses completely.

In the canonical story, Abel met the dying and shaking Bryan Fury. Abel was in disbelief to see Bryan still alive. Gathering every last ounce of strength, Bryan attacked Abel and knocked him across the room. We don't know that Abel survived. Bryan was rescued by Yoshimitsu and Abel's rival, Bosconovitch. 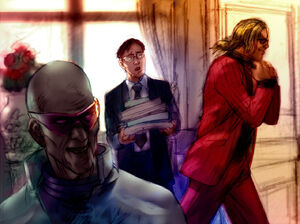 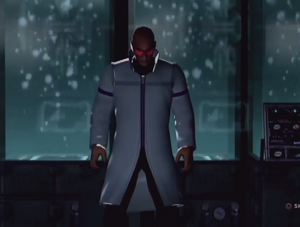 Doctor Abel in Julia's ending.
Add a photo to this gallery 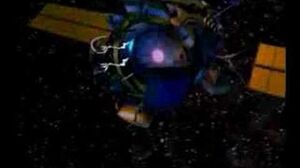 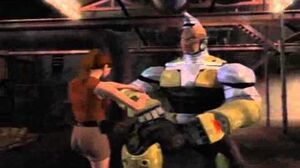 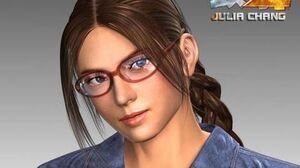 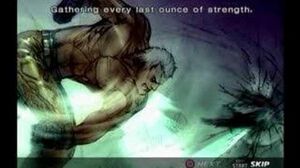 Tekken 4 Bryan Prologue and Epilogue
Add a photo to this gallery
Retrieved from "https://villains.fandom.com/wiki/Dr._Abel?oldid=3889003"
Community content is available under CC-BY-SA unless otherwise noted.