Cunning
Complete control over his facility

Stealing pets from wealthy people and selling them back for money

Dr. Jason Sweetface Applecheek, better known as Dr. Jason Applecheek or Dr. Applecheek, simply known as Applecheek is a major antagonist in Tom and Jerry: The Movie. He is the Straycatchers' former boss.

He was voiced by the late Henry Gibson, who also portrayed Lord Pain in The Grim Adventures of Billy & Mandy, the Illinois Nazi Leader in The Blues Brothers, Sub-humans in Fire and Ice and Werner Klopek in The 'Burbs.

Dr. Applecheek is first mentioned by Aunt Figg as a sweet man who runs a pet shelter.

The next morning, after Tom the Cat and Jerry the Mouse trashed the kitchen during a food fight with Ferdinand last night, Figg drops them off at Dr. Applecheek’s house, where he kindly takes them in. However, during the song, “God's Little Creatures”, he reveals his true nature as he puts Tom and Jerry in a cage, a cruel, greedy, and abusive pound owner who steals pets from wealthy people and to sell them back for money.

Tom and Jerry run into Pugsy and Frankie (who were kidnapped earlier by the Straycatchers and taking them to Dr. Applecheek’s pound) and figured out a plan to free themselves and the other pets. Since Jerry is a mouse, he is able to get out of the cage thanks to Tom and push all the buttons to open up the cages, freeing Tom, Puggsy, Frankie, and all the other pets. Dr. Applecheek tries to stop the escaping pets, but was easily overpowered, knocking him out while Tom, Jerry, Puggsy, Frankie, and the other pets escaped from his pound.

The next morning, Dr. Applecheek storms to Figg's house and blames her for the incident. As Figg was about to tell him off, she receives a call from Captain Kiddie. Dr. Applecheek overhears her conversation on the phone about the one million dollar bounty reward and immediately rushes back to the Straycatchers truck to catch Robyn. When he tells off his henchmen that they would get no money for allowing the pets to escape, he gets dropped off on a road, leaving him stranded as the truck tows away. Dr. Applecheek then spots an ice cream cart nearby and takes the opportunity to steal it with a wicked grin on his face.

However, Dr. Applecheek later shows up in order to abduct their friend Robyn Starling, so he can sell her for one million dollars. The Straycatchers tell Applecheek to save them from the ferris wheel, but Applecheek betrays them, by stating "One good turn deserves another!" and laughs evilly while he abandons them as he chases after the heroes. Tom, Jerry and Robyn are able to escape him. Dr. Applecheek was defeated when the ice cream cart he was using crashes into the water due falling from a broken bridge which have been destroyed by Ferdinand, sending Captain Kiddie & Squawk towards the broken bridge to dangle from it.

It is completely unknown what happened to Dr. Applecheek afterwards, but it's likely that he remained floating on the water until he drowns to death. 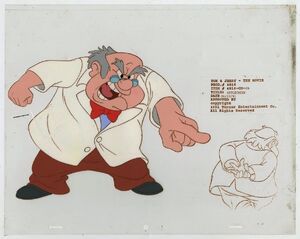 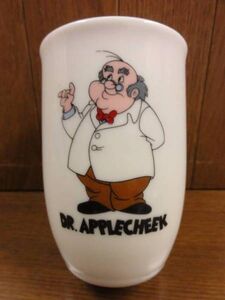 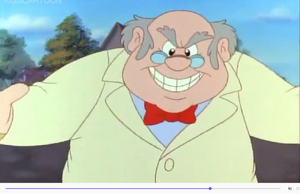 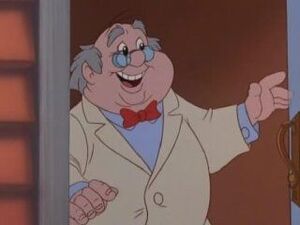 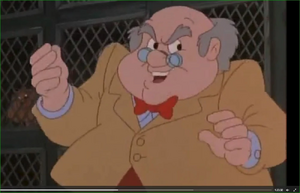 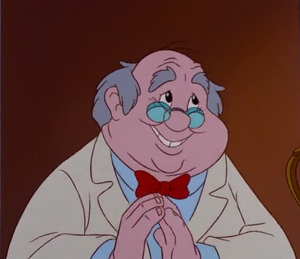 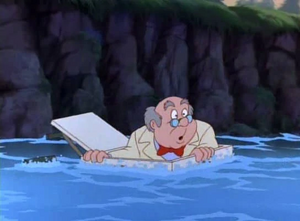 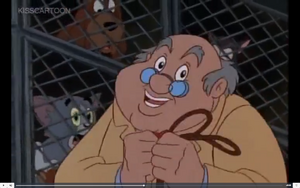