Dr. Bender is a major antagonist in The Fairly OddParents. He is an evil dentist/orthodontist that works in the city of Dimmsdale at his dentist office.

He was voiced by the late Gilbert Gottfried, who also played Iago in Disney's Aladdin.

He has an almost bald held with just a few strands of hair, a huge toothy smile that is almost never wiped off his face. He wears thick black glasses, and a white lab coat with a tie underneath. He was originally voiced by Gilbert Gottfried in his first three appearances, but any appearance after that he has been voiced by Butch Hartman. His beloved perfect teeth are actually dentures.

He is a menace to every kid in Dimmsdale, who dreads having their ball land in his yard. Any object he finds in his yard, Dr. Bender steals it, mocks the dental hygiene any kid that comes to retrieve it, and gives the object to his son Wendell Bender instead. He even gave braces to his guard dog so that it would have perfect teeth as well.

He first appeared as the main antagonist in the episode "The Same Game", where he mocked Timmy for his bucked teeth when he entered Bender's yard to retrieve a lost ball. Timmy became upset, causing him to wish everyone was the same. After the wish, Mrs. Turner confronted Dr. Bender to get Timmy's ball back, and when he rudely refused, she took the ball and violently hitting Dr. Bender as it crushed him and make him lose his his teeth which reveals to be a denture in the process while his son Wendell was tortured by a pair of chomping dentures on his pants by Timmy as a form of retribution against them as his son screamed in violent agony. In a later episode he was the primary villain and attempted to steal Chip Skylark's teeth. He also appeared in the Halloween episode "Scary Godparents". Any episode following after that has him in a minor, sometimes non-speaking role. He was last seen in Teeth for Two from Season 5. 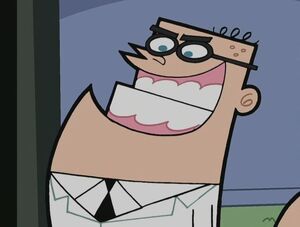 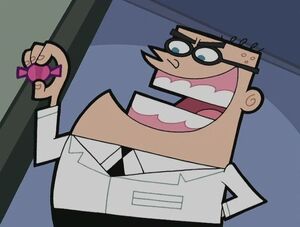 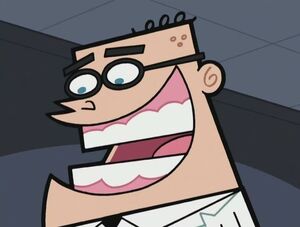 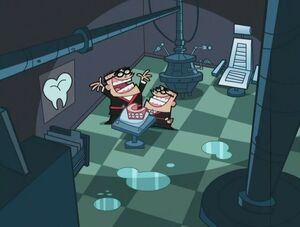