Villains Wiki
Register
Don't have an account?
Sign In
Advertisement
in: Female, Doctors and Scientists, Femme Fatale,
and 44 more

Barbara "Babs" Blight, or better known as Dr. Blight, is a major recurring antagonist in the animated TV series Captain Planet and the Planeteers.

This super-scientist believes in better living through biochemistry and has experimented on herself in her efforts to produce the perfect human. Deviously demented, she misuses her scientific genius by inventing new methods to sap the environment of its health and vitality in order to supplement her own.

She was voiced by Meg Ryan and the late Mary Kay Bergman in later seasons from 1991 to 1995. In the special Captain Planet crossover episode of O.K. K.O! Let's Be Heroes! (a 2017 animated show aired 27 years later), she is voiced by Tessa Auberjonois.

Dr. Blight began her career researching biological and chemical warfare and, thus, has a host of deadly and dangerous weapons at her disposal. She represents the dark side of science, using her vast knowledge to create biological monstrosities, wipe out entire populations of plants and animals, and generally wreak havoc on Earth. She even used a time machine in order to sell an atomic bomb to Adolf Hitler himself, which was considered her most evil act by the Planeteers. Bambi Blight was the first person to reveal that Dr. Blight will often flirt or flatter in order to get her way, though she is unafraid to stand up for herself if one of the other Eco-Villains dares to upset her.

Her supercomputer, MAL, is programmed for evil. MAL's high level of artificial intelligence is often devoted solely to calculating new and diabolical ways to destroy Captain Planet and the Planeteers, leaving Dr. Blight to pursue more creative research. Sometimes, she will be very pleasant and flirtatious towards MAL, while at other times, she will become extremely angry, violent and aggressive when dealing with him.

Dr. Blight sees herself a fashion plate, often appearing in a chic long-sleeved jump suit and high-cut boots. She wears a utility belt to which various items may be attached. Her hairstyle help hide the huge scar on the left side of her face. The scar's origin has never been explained, but it was likely caused by one of her experiments. Blight likes to show off her figure by wearing skin-tight jumpsuits, usually colored pink.

As an Eco-Villain, her character symbolizes the dangers of uncontrolled technology and scientific experimentation. In the two-part Captain Planet episode, Mission to Save Earth, Dr. Blight was one of the five Eco Villains who created Captain Pollution. They did this by creating and using five Anti-Elemental Rings consisting of Super Radiation, Deforestation, Smog, Toxins, and Hate. Barbara's element was Hate. Unfortunately for the Eco Villains, though, Captain Pollution was destroyed along with the rings, leading Blight and the other villains to flee. 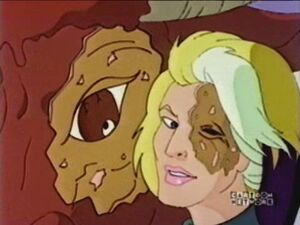 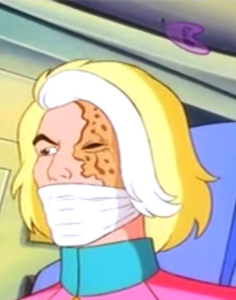 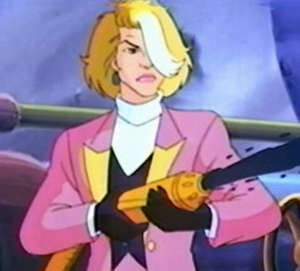 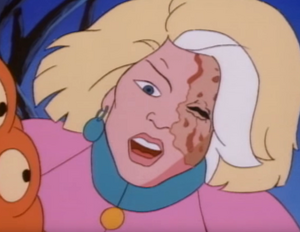 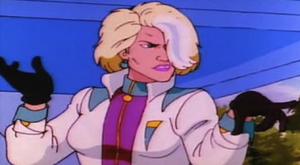 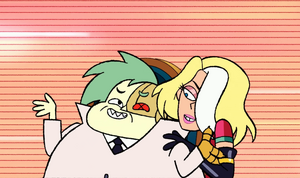 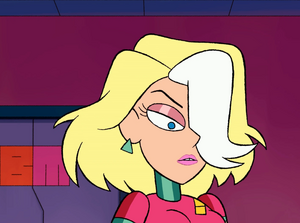