Planning revenge on humans and the penguins.

Destroy and kill the Penguins (both series and both film).

Seek revenge upon the Penguins (film; failed).
Take over the entire world.
Get revenge on humans for his right eye (series; failed).

Dr. Francis Blowhole, also known as Dr. Blowhole and Flippy, is the main antagonist of the DreamWorks Animation/Nickelodeon TV series The Penguins of Madagascar, an spin-off of the Madagascar franchise.

He is an evil dolphin and scientist who appears as the vituperative and bitter arch-nemesis of the "pen-gyu-ins", though he hates Skipper the most. He has a group of red lobsters as henchmen.

In the past, Dr. Blowhole went under the name "Flippy" and performed tricks for entertainment for humans in a marine park on Coney Island. His signature trick was jumping through "The Ring of Fire", a fiery hoop.

At one point, Flippy was humiliated in "The Ring of Fire" (it is implied that this is what caused the robot replacement on his right eye). This turned Flippy evil and he later escaped the park and renamed himself "Dr. Blowhole". Dr. Blowhole was then driven with a desire to conquer the world to get revenge on the humans.

At some point, Dr. Blowhole met Skipper and the other penguins. Eventually they became arch-rivals.

Dr. Blowhole was first mentioned by Skipper in the episode "Eclipsed", where Skipper talked about a plan hatched by Dr. Blowhole to destroy the sun and almost succeeded. In "Roomies", Dr. Blowhole sent a walrus named Rhonda to the Central Park Zoo to steal Kowalski's plasma cutter, but the villain himself is never seen.

Dr. Blowhole makes his first full appearance in the 23 minute special "Dr. Blowhole's Revenge", wherein he serves as the titular main antagonist. It begins in a flashback where he trapped the penguins in his lair and shot lasers at them, until Kowalski threw a cork in his blowhole and sent the evil dolphin falling backwards into the water with his segway. However, Blowhole quickly emerged from the water in a dome, and swore that Skipper has not seen the last of him and he will have revenge before he initiated the self destruct sequence and made his escape.

A few years later, in the present, Dr. Blowhole begins to use surveillance technology to spy on the penguins and sends his lobster minions to kidnap King Julien, thinking he is Skipper's best friend. After successfully kidnapping Julien, Dr. Blowhole contacts the penguins, and reveals the kidnapped Julien in a cage and that, ever since his last battle with the penguins, he has been spying on them with surveillance cameras. Later, King Julien escapes his cage and allies himself with Blowhole, where he reveals his plans to use his new invention, "The Ring of Fire", a series of towers with hoops of heat that he would use to melt the North Pole and flood Earth (this invention of his was based on the "Ring of Fire" he was humiliated in). Later, Dr. Blowhole captures the penguins who are attempting to rescue Julien before discovering his alliance with their nemesis. After interrogating the penguins and mocking Skipper, King Julian accidentally releases the penguins. Dr. Blowhole then orders his army of lobsters to attack the penguins. After the penguins defeat the lobsters, Mort, a tiny lemur, begin tinkering with the controls to the "Ring of Fire" device, but Dr. Blowhole knocks him away with his snout and activates the device and it slowly begins to melt the North Pole. Blowhole then unleashes his newest creation, "Chrome Claw", a huge mutant lobster. Chrome Claw then attacks Skipper, while Kowalski desperately attempts to shut off the Ring of Fire. Skipper eventually defeats Chrome Claw and attacks Blowhole, who quite easily holds his own against the penguin. Julien then reveals that he is actually a double agent and shuts off the Ring of Fire, much to Blowhole's anger. Dr. Blowhole then retreats into the water. Skipper tries to follow him, but Blowhole activates his dome shaped escape pod and emerges with Skipper. After resurfacing, Dr. Blowhole once again swears revenge on the penguins, then escapes.

Dr. Blowhole returns as the main antagonist in "The Return of the Revenge of Dr. Blowhole" (also known as "Blowhole Strikes Back"), a 48 minute special of The Penguins of Madagascar. During a mission in China, Skipper runs into Hans the Puffin. After their battle, Hans reveals he has been working with Dr. Blowhole, who suddenly appears and uses an evil clown-shaped device called the "Mind Jacker" to remove Skipper's memories, which also removed his knowledge of swimming and soon gets him stranded on an island. Alex the lion shows up as a spirit guide to help Skipper regain his memories and get him back in Central Park Zoo. Thanks to a radar, Blowhole and his lobster minions discover that Skipper survived. Blowhole tries to target a missile at him, but it misses. Later, Blowhole reveals a device called the "Diabologizer" that turns creatures into huge monsters, as he uses it to turn a rabbit into a monster which attacks one of his lobsters. Dr. Blowhole plans to use this on Kowalski, Private and Rico. Soon, Dr. Blowhole manages to enter the penguins' lair, but accidentally uses the Diabologizer on Julien's music player. This results in a huge mechanical monster called the "MP3 Slayer" creating a force field around the zoo and causing all the animals to sing when they talk. Dr. Blowhole uses his incredible singing voice to tame the music monster, which lifts him onto its back (which earns King Julien's praise). Blowhole then flies away with the music monster and plans to use it to take over New York. However, Skipper arrives and competes with Blowhole in a singing contest to see who can control the music player monster. After his evil plan is foiled yet again, Dr. Blowhole tries to escape, but Skipper uses the Mind Jacker to erase Blowhole's memories. Dr. Blowhole is then taken back to Coney Island, and is forced to resume his former performing role as "Flippy."

He appears once again in "The Penguin Who Loved Me", where he serves as the main antagonist yet again. In this special, it is revealed that Doris the dolphin (Kowalski's love interest) is his sister and his real name is Francis (which Red One, one of his lobster minions, laughed off). He only created the name Dr. Blowhole since it earned him more respect.

His new residence is another marine park called Seaville, which Doris (who is unaware of her brother's true evil self) wants to liberate him from. Blowhole has been in Seaville ever since the events of "The Return of the Revenge of Dr. Blowhole" and is happily performing shows for the visitors. Doris enters Seaville with the help of Parker the platypus, Kowalski, and the other penguins. However, it is revealed that Parker has been working for Dr. Blowhole the whole time; he betrays the penguins and Doris, and frees Blowhole from Seaville. After Dr. Blowhole's mind is restored, he captures the penguins and Doris, and reveals his new plan; to use a giant tractor beam to bring the moon closer to the earth, flood it, and rule it. However, his diabolical plan is once again foiled by the penguins, who trap Blowhole in a tank. Rico accidentally overloads the tractor beam, causing it to explode and destroy Blowhole's base, though the penguins and Doris manage to escape just in time. However, Dr. Blowhole and Parker survive the explosion; Blowhole is later seen swimming in the ocean with Parker on his back, threatening him if he won't give his paychecks. Based on what Skipper said, Blowhole is possibly scheming to make his new base and return "as Arch-enemies always return". However, now that the series is finished, it's currently unknown what happened to Dr. Blowhole and his fate remains a mystery but we could see him again if Nickelodeon decides to do new episodes.

Dr. Blowhole is known to be cunning, evil, devious, manipulative, and vengeful. He is described as being "pure evil" by Private. Out of the four penguins, Blowhole hates Skipper the most. His skin is surprisingly pleasant to touch, and his singing voice is surprisingly beautiful for a villainous fiend. Dr. Blowhole is as smart as Kowalski, or at least close to his intelligence. 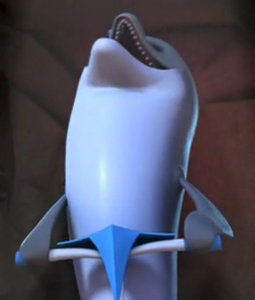 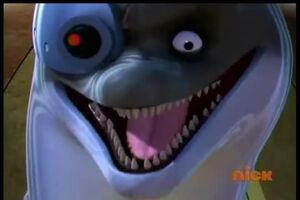 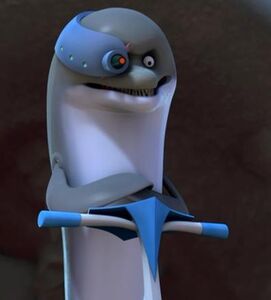 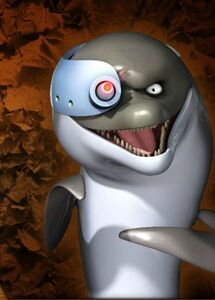 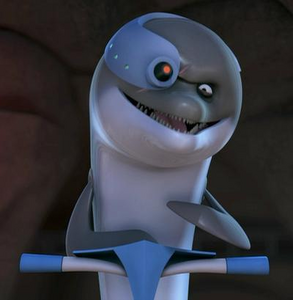 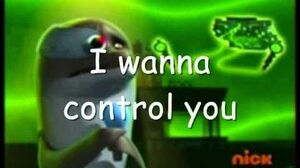 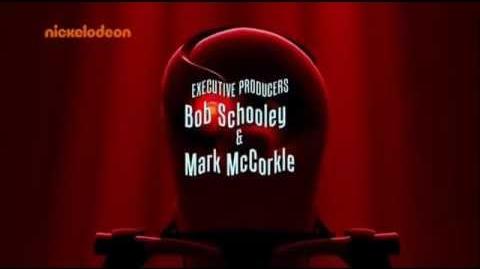