Become an example of a principal

Dr. Crabblesnitch is the head of Bullworth Academy and an antagonist in the 2006 video game Bully.

He was voiced by Ralph Gunderman.

Dr. Crabblesnitch, like many of the staff in the school, is depicted as a stern man, unaware of the epidemic bullying and wrongdoing of the students under his supervision, he doesn't even seem to have that much awareness of corrupt staff members, until Mr. Hattrick is proven corrupt and Jimmy tells the truth about Mr. Burton. Despite this, he is quick to apprehend Jimmy for his misbehavior.

Dr. Crabblesnitch is first seen when Jimmy Hopkins arrives at Bullworth Academy. Mr. Crabblesnitch reprimands Jimmy for his previous reasons as to why he was expelled from so many schools. He will also be seen when Jimmy Hopkins gets busted enough times. He will appear later in missions confronting Jimmy for fighting. However, he was later seen when Mr. Hattrick was attempting to fire Mr. Galloway for being an alcoholic, to Mr. Galloway saying the reason why he was an alcoholic in the first place was due to Mr. Hattrick repeatedly harassing him. When Jimmy proves of Mr. Hattrick's corruption, he will fire him and give a warning to Mr. Galloway not to drink.

He will later appear when Gary Smith tells on Jimmy for vandalizing buildings, and Dr. Crabblesnitch expels Jimmy. He appoints Gary has the Head Boy, and Gary goes mad with power, starting a riot on school grounds, tying Dr. Crabblesnitch to a chair so he can't move, and getting prefects and teacher to back him. Jimmy later stops the riots with the help of Russell Northrop and fights Gary, with them crashing through the skylight of his office. He expels Gary, readmits Jimmy and his friend Zoe, and the game comes to an end. 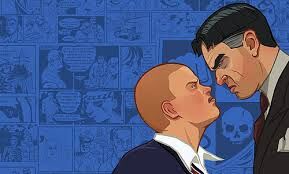 Artwork of Dr. Crabblesnitch eyeing down at Jimmy Hopkins during one of the loading screens.
Add a photo to this gallery

Retrieved from "https://villains.fandom.com/wiki/Dr._Crabblesnitch?oldid=4207230"
Community content is available under CC-BY-SA unless otherwise noted.