Frame Boone for his murders and continue his killing spree.

Kill the entire population of Midian.

A reknown psychiatrist of prestige, Dr. Decker wants to help his disturbed patient Aaron Boone with his frequent nightmares regarding an infernal place called Midian. However, Decker is actually a sadistic serial killer who enjoys annihilating entire families, and seeks to frame Boone of his own killings so he can continue which he believes, is the reason why he is alive: To end all life.

He was portrayed by director David Cronenberg, who also played Spencer Galloway in Slasher.

Differences Between Book and Film

Both Decker's version from the film and book are pretty similar, but also have some differences on it:

Decker is a psychiatrist that works to help Boone, a young man with mental disorder suffering from horrible nightmares regarding him being tortured by monsters, and a horrible place called Midian, where monsters live. However, behind the looks, he is also a family annihilator serial killer known as The Mask (this name is deleted in the film, however).

In the film, he gets obsessed with Midian to the point of committing horrible acts to discover its location. On the book, he doesn't mind about Midian that much, and only seeks to frame Boone in order to move to other place and continue his killing spree without raising suspicion.

His book version is most mentally unstable however, as he is driven by his psychotic and schizoid tendencies: He projects a second personality on his mask, The Mask of Ol' Button Face, that speaks to him and orders him to massacre people. Seniors, adults, children, Decker looks everyone with murderous eyes when looking through The Mask, and sexually enjoys whenever his blade pierces in their flesh, both of them, actually, as The Mask had a personality in the mind of Decker.

The film, however, takes his malevolence on a different way and expands it to the infinite. He shares his murderous tendencies against everyone from the book, but his schizoid persona is gone. He is now driven by the pure urge of murder and feeling superiority by taking a life. He is completely conscious of what he is doing with no other personalities taking control of him, making him more heinous than his book counterpart. He even goes so far as committing genocide by exterminating entire Midian, because he thinks it is his reason of existing in the world.

Decker shares some qualities on both versions: he is very sharp, quiet, charming, charismatic, educated and sophisticated, which is why he is a man of prestige and most of the people believe in him. This, however, is also his most dangerous trait, as most people would not think something bad against him, most of all, he makes people believe in him despite his lies.

On his 'mask' personality, Decker is a murderous and sadistic being who sexually enjoys painfully murdering people, especially children. He does so in order to please 'their' urges, both his mask and himself, but apparently, this personality seems to take complete domination of him, not doing anything out of Ol' Button Face orders and always following everything he makes him to do. He doesn't go for the straight kill, nor for full torture, instead, Button Face goes more for slow, painful deaths inflicted by sharp weapons, mutilating and deforming their victims so horribly they're barely recognizable. The mask itself seems to be extremely egomaniacal and having a god complex, believing he has some kind of divinity on his words and work that none is worthy of copying, not even his bearer, Doctor Decker, and that he can't be killed.

The Decker from the film shares every sadistic and murderous trait from the book, but with The Mask personality completely erased. He relies on his 'man of prestige' persona to trick people and getting away with murder as many times as he wants, making him a perfect psychopath who doesn't feel remorse, but rather pleasure on taking a life.

He is extremely treacherous and manipulative, falling on his hands in a moment of weakness is a sign of falling into insanity, as he takes the opportunity of take advantage of someones's weak-minded state to mold his mind at his will. With this, he can make you believe that you were capable of things you didn't think you could, until you finally descend into madness.

Decker is also shown to be a somewhat xenophobic and genocidal mastermind; his grudge against the monsters from Midian goes from simply believing he has been put in the world to destroy them, and uses his manipulative abilities to lead a complete battalion against Midian and kill every monster man, woman and child until there is nothing but ashes behind.

At the end, Decker is made to be the exact same character: A remorseless monster with no sympathy that will destroy anyone until he is finally put down. 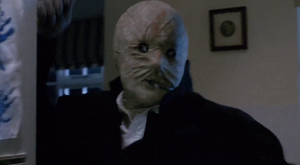 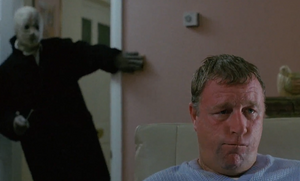 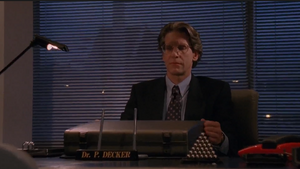 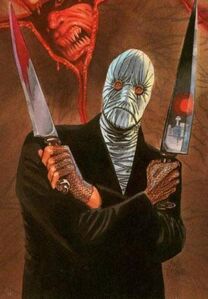 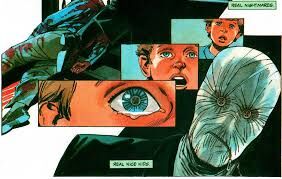 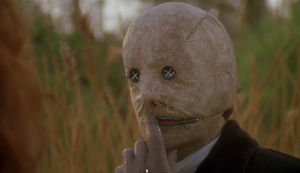 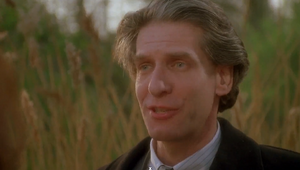 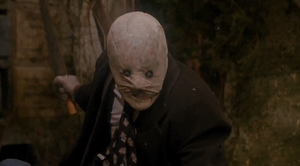 Decker, Eigerman and Ashberry in the Boom! Studios comic adaption of Nightbreed. 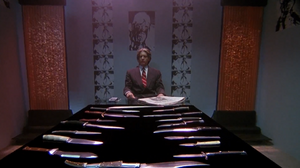 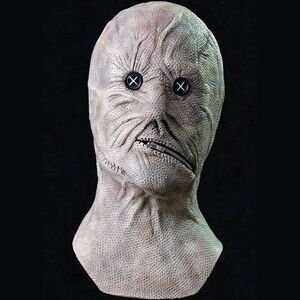 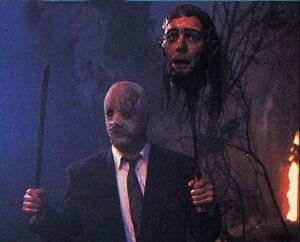 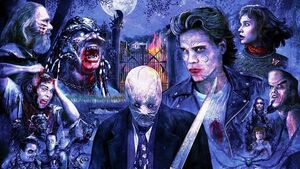 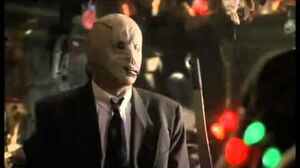 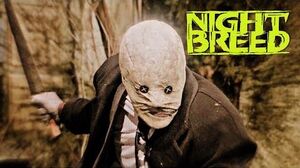 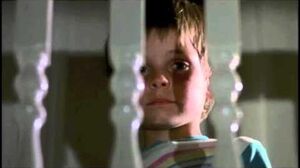