This article is about the Archie Comics villain - for information on his mainstream counterpart see Dr. Eggman

Plotting and scheming, Toying with his enemies/victims, Creating robots

World domination, Destroy Sonic the Hedgehog, the Freedom Fighters, G.U.N. and almost anyone else who stands in his way 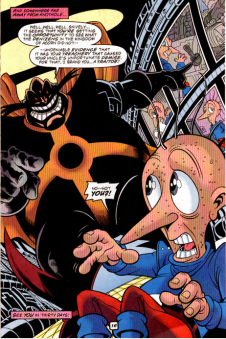 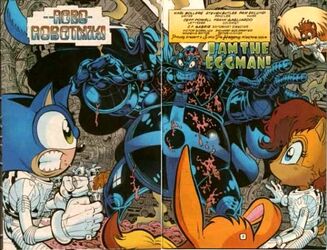 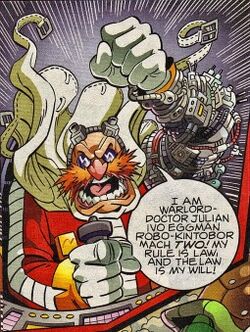 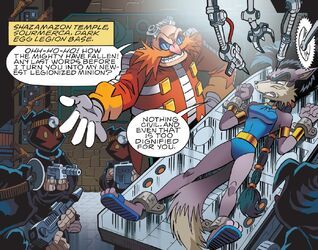 Add a photo to this gallery
Retrieved from "https://villains.fandom.com/wiki/Dr._Eggman_(Archie_Comics)?oldid=1170168"
Community content is available under CC-BY-SA unless otherwise noted.