Leading scientist of the Gogol Empire

Capture Dandy for his Pyonium energy.

Dr. Gel is the secondary antagonist in the anime Space Dandy. He is a high-ranking member of the Gogol Empire, who is tasked to capture Dandy (with assistance from his right-hand partner Bea) by order of Admiral Perry for Dandy's Pyonium energy that can willingly traverse between multiple dimensions. Due to this extremely rare ability, the Gogol Empire pursues Dandy.

He was voiced by the late Unshō Ishizuka in the Japanese version, and by J. Michael Tatum in the English version.

Dr. Gel is generally very serious, determined and intransigent in accomplishing his goals, as well as relentlessly loyal and compassionate to Perry and the Gogol Empire. Often times, however, he is portrayed as a bumbling comic relief character whose constant attempts to capture Dandy result in failure.

A running gag in Space Dandy is that Dr. Gel and his Partner Bea gets blown up or killed every episode he appears in, either due to his own stupidity, Dandy kills him without even knowing he did, or he dies in an comedic unforeseen accident, but he is brought back to life after every episode, eventually it has got to to the point where death has become a everyday annoyance.

Dr. Gel appears to be a giant bearded gorilla in a G-shaped eye patch and periwig. He has a red cape covering his left arm. He carries a golden staff which seems to show his high rank in the Gogol Empire, similar to nobility.

Dr. Gel is said to be a Gorillean. However, that was an alternate universe version, so it's unknown if that is the name of Gel's race. 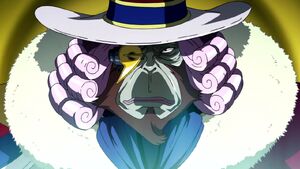 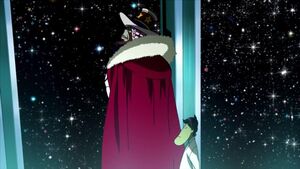 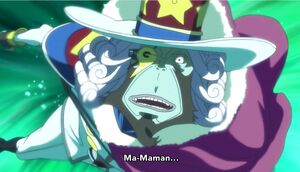 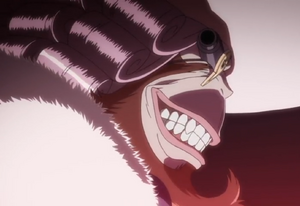 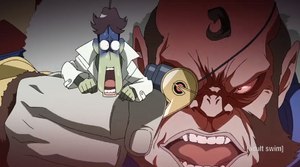 Dr.Gel gets Revenge on Bea. 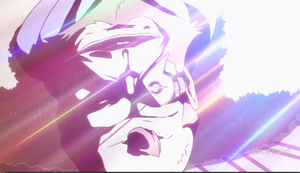 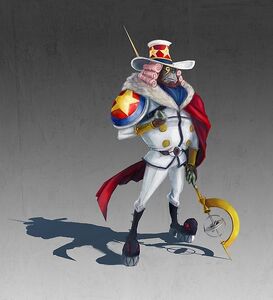 Doctor Gel
Add a photo to this gallery

Retrieved from "https://villains.fandom.com/wiki/Dr._Gel?oldid=3785598"
Community content is available under CC-BY-SA unless otherwise noted.