Founder and leader of the House of Evolution

Start over a new life (succeeded).

Dr. Genus (in Japanese: ジーナス博士, Jīnasu hakase) is a major antagonist from One Punch Man, serving as the main antagonist of The House of Evolution Arc.

He was voiced by Daisuke Namikawa in the Japanese version, and Ray Chase in the English version.

Genus was a very intelligent individual who often felt alienated from the rest of humanity, as his intelligence made him feel superior to everyone. He dreamed of changing the world upon his vision of perfection, a world where he could live among equals to himself. He eventually became a brilliant and renowned scientist and received various prizes for his contributions to science. However, he never received any support for his theories regarding evolution. Full of grief, Dr. Genus secluded himself to continue his experiments alone. After many years, Dr. Genus finally learned the secret of genetic manipulation. Using his newfound knowledge, he rejuvenated himself and created an army of clones of himself, founding the House of Evolution, which dedicated itself to the evolution of mankind through genetic manipulation. He also created various genetically enhanced mutant soldiers which served the group, sending them on field operations.

Upon learning that Mosquito Girl, one of his experiments, had been defeated, he decides to capture Saitama, who had defeated Mosquito Girl with a single slap, and study his powerful body. However, all the soldiers he sends after Saitama are defeated, with the only survivor being Armored Gorilla, who warns him that both Genos and Saitama were on their way to destroy the House of Evolution. Dr. Genus panics, deciding to release Carnage Beetle, their strongest experiment who was imprisoned on their basement, to fight Saitama. Carnage Beetle hurts Genus and attacks Genos and Saitama, bringing Saitama to a training room, while Genus watches the two fight, however Carnage Beetle backs off upon sensing Saitama's power. Saitama tell everyone how he obtained his power, recounting his three year daily training routine. Carnage Beetle, not believing Saitama's claim, unleashes his full power and attacks Saitama, how freaks out and kills him in a single punch upon remembering he was missing a special sale. As both Saitama and Genos leave after the sale, Dr. Genus finally realizes that he was the wrong one the whole time and that he himself was the one who had to change.

Dr. Genus is later seen working on a Takoyaki stand along with Armored Gorilla. 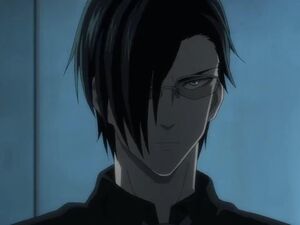 Retrieved from "https://villains.fandom.com/wiki/Dr._Genus?oldid=3827001"
Community content is available under CC-BY-SA unless otherwise noted.