Complete control over the Mechanical Beasts

Destroy world he deemed not worth existing.

Dr. Hell is the main antagonist of the mecha anime Mazinger Z. He was a brilliant, cunning and evil scientist, obsessed with world domination through his creations, the armies of Mechanical Beasts.

Dr. Hell has been voiced by the late Kosei Tomita and the late Unshou Ishizuka in Japanese and by Mike Pollock and John Paul Shepard in English.

He was a colleague of Dr. Kabuto, a well-meaning scientist, and accompanied him on an archaeological expedition to the Greek island of Bardos, where ruins of the ancient Mycenae Empire were found. There they discovered that the ancient Mycenae civilization had the technology to build giant robotic warriors. Hell stole that technology and used it to create an army of fighting machines with which he planned to conquer the world. Dr. Kabuto used this technology coupled with an alloy he'd created to build a robot, Mazinger Z, to halt Hell's plans for world conquest.

Again and again Dr. Hell's robots were destroyed by Mazinger Z, sometimes due to the in-fighting between his lieutenants Baron Ashura and Count Brocken. After nearly all of his robots had been destroyed, Mazinger Z and his allies traveled to Hell Castle, and Hell and Count Brocken were killed when Mazinger destroyed the Gool, Count Brocken's flying fortress.

He was revived as the Great Marshall Of Hell in Great Mazinger, and fought for half the series, however he died in the Demonika when Great Mazinger and his allies attacked the fortress.

Dr. Hell came back to life together with Baron Ashura and Count Brocken in Mazinger Z: Infinity. When he reappeared, he captured the newly discovered robot Infinity and used a captured Tetsuya and Great Mazinger as the activation key of the Infinity. He planned to use the Infinity to activate Goragon to destroy the world since he deemed it not worth existing.

Soon, Koji and Lisa in the repaired Mazinger Z defeated Baron Ashura and Count Brocken, they confronted Dr. Hell on the Infinity. At first Dr. Hell was able to have the upper hand and greatly damaged the Mazinger Z, however, Tetsuya and the Great Mazinger were rescued by Shiro, thus stopping Goragon. However, Dr. Hell revealed his backup plan of using his robot as the activation key of Goragon, thus activating Goragon.

Dr. Hell is a mad scientist bent on conquering with the most powerful and advanced army of robots at his disposal. He is a cruel, impatient and manipulative man who seeks to get what he wants no matter the circumstance; whether it means getting information from the dead or eliminating any threats to his campaign. He is also not above manipulating others to get what he wants, inviting Juzo for his feats in robotics for use in the Mechanical Beasts and convincing Baron Ashura to reveal the secrets of the Mycenae under the impression it was to return the civilization to its former glory when Hell wanted their technology for his own benefit. However, while his methods are extreme, Dr. Hell wanted to conquer the world to prevent the Mycenae Empire from dominating it, knowing full well that the current world stood no chance. In Infinity, Dr. Hell deemed the world to be not worth existing as he lost interest in it and tried to destroy it, thus losing his redeeming quality. 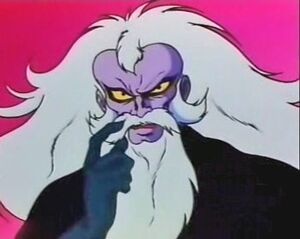 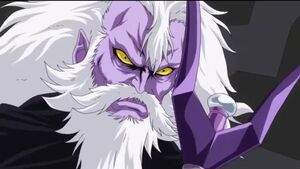 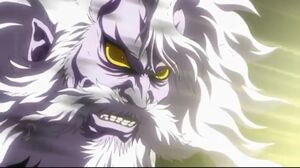 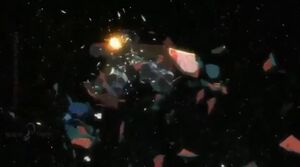 Dr. Hell's demise.
Add a photo to this gallery

Retrieved from "https://villains.fandom.com/wiki/Dr._Hell?oldid=4294614"
Community content is available under CC-BY-SA unless otherwise noted.