Dr. K is the main antagonist of Cubix. Dr. K used to work for RobixCorp, but lost his arm in a lab explosion and now as a rogue robot inventor uses his smarts for evil.

He was voiced by Kim Ki-Hyun in the original Korean version, and by the late Maddie Blaustein in the 4Kids Entertainment English version, who also voiced Meowth, Lt. Surge, Takuma Saiou, Damian (Pokémon), Dario (Pokémon) and Bruno.

In Season 1 he's after a substance called Solex to build the ultimate robot and destroy Bubble Town. His main robot is Kolossal, but he has his own line of evil robots such as Katastrophe, Kannon, Krab, Klawber, and Kilobot.

In Season 2 It is unclear what happened to Dr. K at the end of the series finale, though it is plausible that he became a force for good as he spends the episode assisting the cast and is last seen running from his blimp with everybody else after it goes haywire. 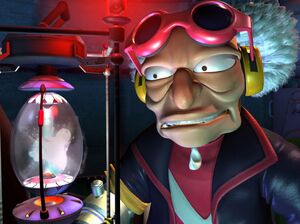 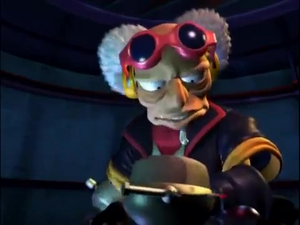 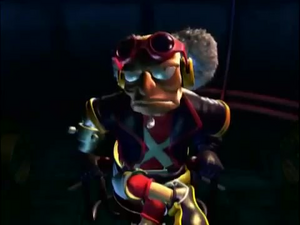 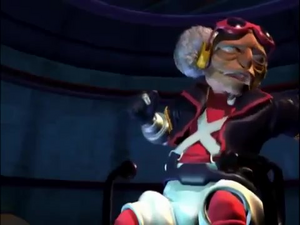 Dr. K says to Kolossal it's time to go looking for Solex.