Chief Executive (later, President) of the Grant and Strictland (formerly)

Discover the secret of immortality and kill the dog-turned Dave Douglas (failed).

Dr. Kozak is the main antagonist of the 2006 live-action Disney remake The Shaggy Dog. He is the former chief executive of the "Grant and Strictland" corporation, later becoming its temporary president. He is an animal tester; therefore, he kidnaps a Bearded Collie from Tibet believing using its DNA to create a potion for immortality.

He was portrayed by Robert Downey Jr., who also portrayed Special Agent John Royce in U.S. Marshals, Vivian Thompson in In Dreams, and Patrick Pewterschmidt in Family Guy.

Kozak and the whole corporation were being charged because of unauthorized mutations with animal genes. He kidnapped a dog from Tibet who is believed to be 300 years old, trying to use his genes to develop a potion for immortality.

The dog escapes the lab and Kozak orders his goons to find him. His many attempts to capture "Shaggy" (the dog's name given by the Douglas family) resulted in the "accidental" capture of Dave Douglas, that was bitten by Shaggy and became a dog himself. Kozak's team finds the real dog and takes him back to the lab.

Hidden in the laboratory, Dave witnesses Dr. Kozak injecting company president Lance Strictland with a drug that will paralyze him for several months, giving Kozak enough time to usurp control of the company. After viewing security cameras, Kozak and his minions realize that somehow Dave became an exact copy of Khyi Yang Po. Kozak orders his goons to go to Dave's house to "pay him a visit." Kozak and his minions paralyzes and kidnap Dave before they drive off with.

Dave is taken to the lab to be euthanized, but Kozak has a court summons, and must deal with Dave later. Right before he leaves, Kozak mocks Dave in canine form and Dave bites him on the finger in retaliation. He then begins to exhibit the same issues Dave had at the beginning of his adventure; Dave had successfully transferred the gene sequence into Kozak.

In the courtroom, Dave calls Kozak back to the stand and tries to get him to admit what he has done, but Kozak manages to hide his secret. Thinking fast, Dave mocks Kozak by implying he was working under Strictland's shadow, and angers him. The two begin growling at each another and the judge, exasperated by Dave's canine behavior, orders the bailiff to remove him. Before the Judge is about to call off the court, Dave thinking fast, returns and throws Kozak a nightstick like a common stick, alerting his dog senses to get it like a dog to catch it, thus causing him to grow a tail, much to everyone in courtroom's shock and Dave's amusement. Kozak is immediately arrested for his crimes. As a humiliated Kozak is being taken away by the bailiff, he swears vengeance on Dave before asking the bailiff "are we going outside?" 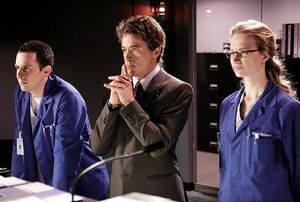 Kozak with his assistants Larry and Gwen. 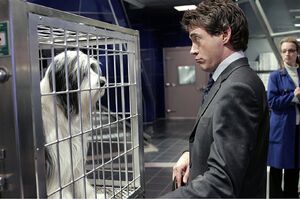 Kozak taunting the dog-turned Dave as he has him locked in a cage. 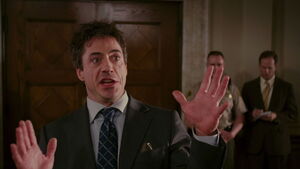 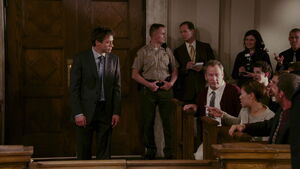 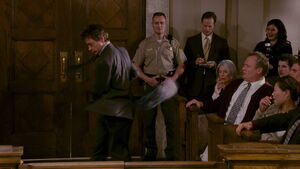 Kozak chases his own tail. 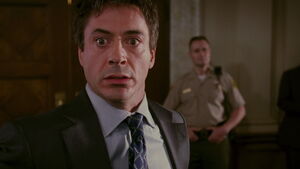 Kozak is now horrified that Dave exposed him to the court. 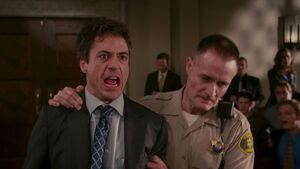 Don't you morons realize I can make us all immortal? 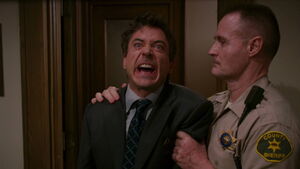