Geneticist for the United States Department of Defense (formerly)

Experimenting to increase the power of the Trigens.

Expand and increase the power of the Trigen formula (partially succeeded).

Prevent Harland Doyle from selling his Mutagen formula as a bioweapon on the Black Market.
Kill Valerie Cortez and Jack Carver for investigating into, and exposing his operations (all failed).

George Wilhelm Krieger, better known as Dr. Krieger, is the main antagonist of the video game Far Cry and its 2005 remake Far Cry Instincts. He also appears in the 2008 film adaptation, as Lucas Krieger.

In both versions, he is a scientist who is responsible for the creation of the Trigens, and the man behind the events that occur on the island the game takes place on.

He was portrayed by Udo Kier, who also played Yuri in Command & Conquer: Red Alert 2 and its sequel, Lorenzini in The Adventures of Pinocchio, Gitano Dragonetti in Blade, Zanrelot in Vier gegen Z (4xZ), Peter Straub in Call of Duty: WWII, and also voiced Professor Pericles in Scooby-Doo! Mystery Incorporated.

The original version of Dr. Krieger, is the CEO of the genetic company Krieger Corp, which funds an experiment involving genetic modification on an uncharted island in Micronesia, which Krieger leads. The experiment results in Trigens, genetically altered beasts. Valerie Cortez is an undercover CIA agent, and is investigating Krieger's operations on the island. She hires the games protagonist, Jack Carver, who runs a boat charter business in the South Pacific to get her close to Krieger's Island. After Val takes off on her own with a jet-ski, Jacks boat is blown up by rockets fired by Krieger's men.

Jack survives and with the help of a man named Doyle, Jack travels across the Island, fighting through Krieger's men in search of Val. The Trigens, are becoming a large problem for the mercenaries to handle, and Jack learns the experiments are not limited to primate mutations, but also moved on mutating the mercs. Jack finally catches up to Val who is being transported to a new location via helicopter, stopped by Jack.

Jack searches for Val, while the human Trigens have escaped and have began to revolt against Krieger's mercenaries. After rescuing Val, she and Jack split and reunite when Jack kills Krieger's Mercenary Commander, Crowe. With information Crowe had with him, it is revealed that Krieger has a tactical nuke located on the Island. And that he intends to use it on the Island as a last resort, should his operations be investigated into. After the Department of Defense analyze the situation, Jack and Val steal Krieger's weapon, despite Jack's protests.

Before entering Krieger's compound, Doyle warns the mutagen might infect them when the blast goes off, advising to take a mutagen-resistant serum before arming the nuke. Inside the compound, they do so and arm the nuke, which detonates directly behind Jack and Val as they exit the factory, knocking them unconscious. While in an unconscious state, they are both captured by Krieger, before leaving his main base on a helicopter, Krieger kicks Jack out of the helicopter. Jack fights through the Trigen infested areas, to rescue Val and escape with his life. Upon reaching the mercenaries weapons cache, Jack notices his arm turning green, and Doyle responds that the mutagen concentration in the air might be too strong for the antidote, but one of Krieger 's operations consist of finding a cure for the mutagen in his main lab.

Jack is directed to Krieger's base, and confronts Krieger, who injected himself with the mutagen. Krieger is ultimately defeated, but with his last breath, reveals that there is no actual cure for the mutagen. Doyle reveals that the antidote they took was the very mutagen that they where trying to fight off. Doyle reveals he plans to sell the mutagen formula on the Black market, but he is killed by Carver a short time later. He and Val escape the Island after they have the mutagen cleared from their systems. 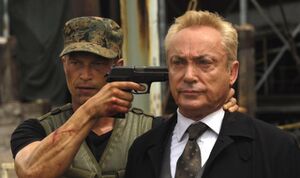 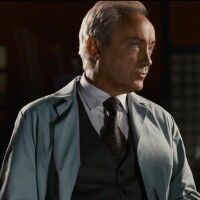 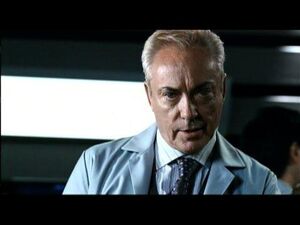 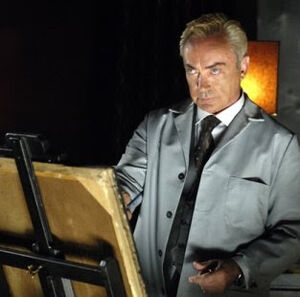 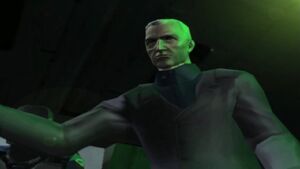 Retrieved from "https://villains.fandom.com/wiki/Dr._Krieger_(Far_Cry)?oldid=4308575"
Community content is available under CC-BY-SA unless otherwise noted.