Dr. Marion McGregor was a villainess from the 1980s Alfred Hitchcock Presents series. She appeared in Season One's "Beast In View."

She was played by Janet Eilber.

Dr. Marion McGregor was a successful psychiatrist and author, but during a radio interview, she received an ominous call from an unknown male threatening to kill her. The calls continued inside the home that Marion shared with her new husband, Roger Harden, and Marion stated that the calls are coming from her first husband, Gordon, who was believed to be dead in a car crash four years prior.

In a shocking twist, Marion was revealed to have kept Gordon's dead body in the cellar, as she ran down there to attempt to get away from Gordon. Once Roger found her, Marion revealed herself as a psychotic villainess and stated, in Gordon's voice, that he had "killed" Marion. At that moment, the evil Marion chased Roger with a shovel, with intent on killing him, only to be stopped by police as well as Dr. Kaufman, who was revealed to be Marion's psychiatrist. Marion attempted to kill Roger, only for the villainess to be shot and killed by police. It was revealed at episode's end that Marion had been switching personalities since Gordon's death. 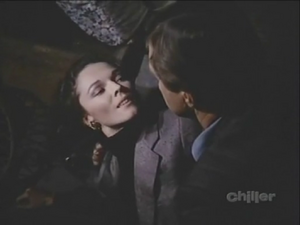 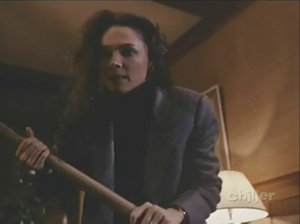