Save Shadowman from being corrupted by the Dark Aether (failed).

Help Primis defeat the Apothicons, so they can relive the cycle over and over (succeeded, then failed).
Kill Doctor Maxis (succeeded).
Stop Primis and Ultimis (failed).

He is voiced by Malcolm McDowell, who also voiced Lord Maliss in Happily Ever After, The Shaman in the Aladdin TV series, Arkady Duvall in Batman: The Animated Series, Geoffrey Tolwyn in the Wing Commander video game series, Mad Mod in Teen Titans, Dr. Calico in Bolt, The Tower in Phineas and Ferb, John Henry Eden in Fallout 3, Jorhan Stahl in Killzone 3, and Molag Bal in The Elder Scrolls: Online, and also played Alex DeLarge in A Clockwork Orange, Captain Von Berkow in The Passage, Caligula in the titular 1979 film, Colonel F. E. Cochrane in Blue Thunder, Dr. Tolian Soran in Star Trek: Generations, Kesslee in Tank Girl, Gangster in Gangster No. 1, Arnold Gundars in I Spy, Daniel Linderman in the Heroes TV series, Marcus Kane in Doomsday, and Sinclair in Home Alone: The Holiday Heist.

Dr. Monty is the member of the Keepers who were unaffected by the corrupted energy from the Dark Aether, and defeated their corrupted brethren. His role in the war is unknown, but was one of the powerful member in his species, likely leading them to victory. After the War, the corrupted Keepers, including Monty's best friend, were banished to the Dark Aether dimension, slowly evolving into the Apothicon's.

It is unknown how long the universe has been in a cycle, but Dr. Monty finds out that the universe he know in love was destabilizing when Ultimis used teleportation machines to go through time and space. Later on, he erases Doctor Maxis from the original storyline from existence when he has full control of the Aether, and sends his daughters soul, Samantha Maxis, to the house, and gives her a physical body. Samantha then contacts the Primis from another timeline to help her escape agartha, and meet her father from the Primis dimension.

In another universe, where Primis Edward Richtofen travels across universes to find answers, he finds the Kronorium, a book that has immeasurable knowledge about the multiverse, and finds the summoning key, grabbing Dr. Monty's attention. In Gorod Krovi, Monty introduces himself to Primis Dempsey, Nikolai, and Takeo, telling him to be aware of Richtofen's plan, and come to the house to return the Summoning Key.

When the Primis arrives to the house, he gives Maxis the Summoning Key, and destroy the teleporter, sealing Agartha across the multiverse. Later on, Maxis gets manipulated by the Shadowman inside the summoning key, and accidently trade souls with him, releasing the Shadowman. The Shadowman then constructs Agartha and merges the Dark Aether and multiple dimensions together. The Primis was quickly called back, and sees every dimension they've traveled together in one universe.

Dr. Monty assists the Primis and defeats the Shadowman, the Apothicons, and zombies, with the help of Maxis sacrificing his life inside the Summoning Key, closing all dimensions. Dr. Monty then finds out that the Primis didn't disappear, due to them collecting the blood vials, creating a paradox. Monty then tries to wipe them out from existence, then changes his mind by sending them back in time where the second Great War with the Keepers and the Apothicons took place, completing the cycle.

In Blood of the Dead, the cycle was broken by Post-Revelations Richtofen, and tells the Primis to change their plans, and gives the Kronorium to Nikolai, saying that he's the key to defeating Monty, Then exit the Alcatraz island from portals, leaving the other Richtofen to die. Later on the Ultimis were trapped inside of the Area 51 hangar base, but were rescued by the Primis, telling them to come with them to prepare for the great war.

Arriving at Camp Edward, Dr. Monty gets suspicion that something is not right, and finds out that Ultimis and Primis are together after they gathered the Elemental Shard. Angered, he comes to the basement to be discovered that Maxis is aware of the plan and teleports Samantha and Eddie to Camp Edward. He kills Doctor Maxis while Samantha watches him get devoured by Monty, and promises that she will burn the house down, and kill him to avenge her father.

Shortly after escorting the Agarthan Device across the map, Victis overhears a conversation held by Ultimis and Primis, describing the duality of Monty and the Shadowman. Primis Nikolai points out the fact that the two are more similar than they are different, as both were corrupted by the Dark Aether. It is at this point that Nikolai reveals that Monty was corrupted by the Dark Aether attempting to save the Shadowman. Almost immediately after, Ultimis and Primis are killed off, and the Summoning Key is destroyed, plunging Monty and Agartha into the Dark Aether forever. 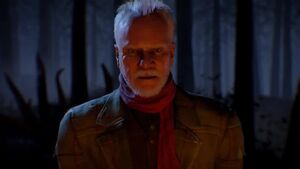 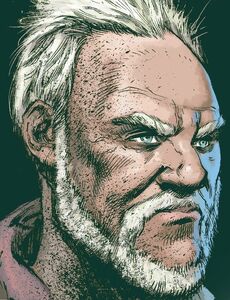 Dr. Monty in the comics. 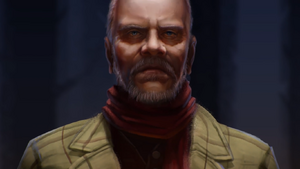 Dr. Monty in Call of Duty: Black Ops IIII, in the intro for Alpha Omega. 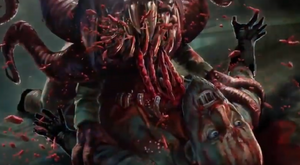