To capture the Lugia and it's baby (Succeed).

To make Pokemon angry and to make them stronger and powerful (Succeed for a while, later failed). To defeat Ash and his friends (Failed).

Dr. Namba is Giovanni's lead scientist of Team Rocket in the Pokémon anime. He is one of the main antagonists of the spinoff series, Pokémon Chronicles.

He was voiced by Billy Beach.

Dr. Namba has often given Butch and Cassidy their mission briefings (though this was primarily as a vocal role, except for Oaknapped). Like Butch, people often get his name wrong, much to his frustration. For example, Team Rocket referred to Dr. Namba as "Dr. Number" in The Mystery is History and Cassidy called him "Dr. Samba" in The Ole' Berate and Switch!. Dr. Namba is full of pride and has a short temper, and is very intelligent, cunning, creative, technologically capable and a skilled Pokémon Trainer. He is also extremely power-hungry, megalomaniacal, prejudiced, cruel, authoritative, insane, ruthless and violent. Due to his mental problems, he loves making Pokemon mad with the Rage Amplifiers because he finds that easy for him to make the Pokemon strong. He finds trust too difficult to enhance the Pokemon's strength showing that he hates trust.

Dr. Namba is fiercely loyal to Giovanni and will do whatever means to ensure Team Rocket's triumphs.

He also can be quite frustrating, cantankerous, and argumentative with Butch and Cassidy for their mistakes, as shown when he berates them for exposing his identity to a captured Professor Oak for interrogation, much to both Butch and Cassidy's embarrassment.

Dr. Namba first appeared in the Lugia saga that focused on catching Silver and its parent. As such, he was the main antagonist of the arc. Inside an underwater Team Rocket laboratory, Dr. Namba had some Team Rocket Grunts go to the area to spy on Lugia and report back the details of its whereabouts. However, the grunts did so and Dr. Namba dispatched a submarine in order to catch it. In the meantime, he had Butch, Cassidy and some other grunts to fire nets at it but Ash and his friends foiled Butch and Cassidy's plans while Oliver's Lanturn forced the grunts to retreat. Dr. Namba was then given the report by Butch and Cassidy. Afterwards, Dr. Namba wanted the duo to go get something. After Butch and Cassidy successfully got Silver, the child Lugia, it was given to Dr. Namba who proudly stood in front of it. Butch and Cassidy arrived and discussed with Dr. Namba about a plan using Silver as a decoy to capture the parent Lugia. Dr. Namba agreed with them as he found this a scheme that was easy to execute. As the parent Lugia went on a rampage after finding out what happened to the child, Dr. Namba monitored it on the screen.

Dr. Namba gave Butch and Cassidy both a "Rage Crown" to increase their Pokémon's strength drastically. After the storm stopped, he brought out Silver who was still caged. Dr. Namba watched on as the parent Lugia went to it. As Ash and the gang failed to stop Butch and Cassidy, and the parent Lugia from going to its child, Dr. Namba successfully managed to get both Lugia, as it was a trap. With both Lugia caught, Dr. Namba caged Ash and the gang inside the lab. Dr. Namba explained his plan to them which concerned the Rage Crown being part of his little experiment of amplifying energy, as well as manipulation. They tried to tell him that forcing a Pokemon wasn't good for the innocents. He decided to try the Rage Crown on both Ash's Pikachu and Ritchie's Sparky. They tried to tell him to stop trying to put the Rage Crown on Pikacha and Sparky, but he got mad because he didn't want them to distract him. However, before he could do so, Oliver came in and freed Ash and his friends. Dr. Namba then got tackled by Ash. However, before they could get away, Dr. Namba activated the alarm which summoned all of the members of Team Rocket present.

As all of the grunts were subdued by Ash and Ritchie, Dr. Namba prevented the group from freeing the Lugia and sent out his Electabuzz to battle them. Ash and Ritchie used their Pikachu to take care of Electabuzz as Electabuzz was wearing the Rage Crown. During the battle, Ash noticed the Rage Crown's weakness which was the controller Dr. Namba was holding. Sparky went to Dr. Namba and destroyed the controller with its electricity. With Electabuzz powerless, both Pikachu finished it off and Electabuzz landed on Dr. Namba. He thought the only way to make the Pokemon strong was to get mad, Ash tried to help him by saying the it's through trust. He explained to him why he makes the Pokemon mad. After an explosion happened in the lab, Dr. Namba was seen holding on to a piece of debris on the ocean sobbing at his failure.

Dr. Namba was mentioned in The Scheme Team where a Team Rocket Grunt told Butch and Cassidy that he had a very important assignment for them.

He briefly appeared in The Ole' Berate and Switch! where he corrected Cassidy when she got his name wrong via phone.

In A Date with Delcatty, Dr. Namba informed them in a recording to apprehend a Delcatty belonging to a little boy who lived somewhere in Cerulean City.

In Luvdisc is a Many Splendored Thing, he did the same but this time wanted Butch and Cassidy to capture a Luvdisc which was located the same place as Delcatty was in.

In the Ash and Pikachu manga

Namba appeared in Let's Save The Lugia! and was referred to as a Team Rocket Scientist and main villain in the chapter. 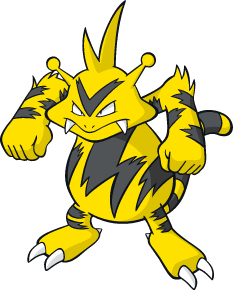 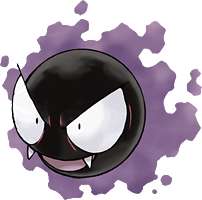 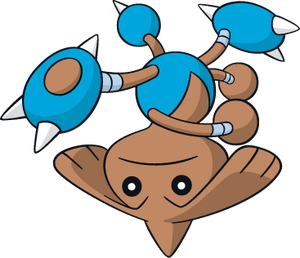 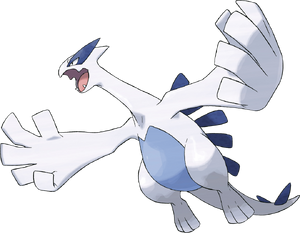