Crash Bandicoot 4: It's About Time

Assist N Tropy in wiping out the multiverse and remake it as a god (failed).

She is voiced by Sarah Tancer.

This N. Tropy originated from an alternate universe that would remain undiscovered until twenty years after Crash Bandicoot: Warped. In this universe, things are quite dissimilar to those in the main one. The sapient bandicoots are notably kept as "pets", though N. Tropy displayed more interest in exterminating them than owning them (she had a predilection for spiders as pets, but would regularly kill them by pulling off all of their legs). Two of the victims of her sadistic ambitions were the alternate universe's Crash and Coco, whom N. Tropy killed before a terrified Tawna, the screams of whom delighted the mad scientist. This double-murder traumatized Tawna to the extent that she abandoned her current life and became a lone adventurer.

At some point, after having accidentally caused rifts in all universes which then served as palpable passageways between them, male N. Tropy encountered this female version of himself and, charmed by her depravity, chose to betray Cortex, his current partner-in-crime, and elevate his plan from multiversal domination to a multiversal reset, so he could eradicate all of existence and recreate it with him and his alternate dimension counterpart as gods.

In Crash Bandicoot 4: It's About Time

Female N. Tropy first appears along with N. Tropy as the heroes (including Cortex and a reformed Dingodile) travel to Nitrous Oxide's space station in Bermugula's orbit to find the two Tropies have captured Oxide and coerced him into preventing the heroes from reaching the Rift Generator. Female N. Tropy violently deprecates and threatens Oxide, causing N. Tropy to compliment her poise. The two doctors have obvious sexual tension to the disgust of everyone around to see (except an engaged Dingodile).

Tawna unexpectedly detains Crash and Coco and explains she has to travel to the Rift Generator and stop the N. Tropies solo, as she cannot go through the horror of losing her two friends once more. However, as the heroes eventually discover, Tawna is overpowered by the scientists and her strength is brutally beaten out of her. When her friends show up to save her, female N. Tropy callously recounts how deliciously Tawna had screamed the last time female N. Tropy had made her watch her friends die. N. Tropy suggests they make this fun by giving them a sporting chance, and his female counterpart agrees to this, chucking the weakened Tawna back to her squad and making ready to kill them all.

After the heroes survive a Quantum Rift and best the two N. Tropies, they later are tossed into a random rift deep into space. However, the 100% ending reveals they may still be at large, as they have not been seen after this.

In Crash on the Run!

Female N. Tropy ranks among the cruelest in the roster of villains Crash has faced. She derives great pleasure from murdering bandicoots, whom she considers disgusting and likens to bugs. She treasures the memory of killing alternate Tawna's friends and rubs salt in the wound by taunting the bereaved bandicoot for her inability to "solo" her adventures. She is also shown as being very flirtatious towards N. Tropy and seems to get excited by their shared taste for destruction. 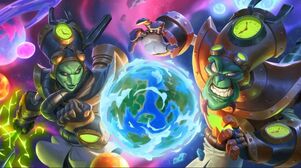 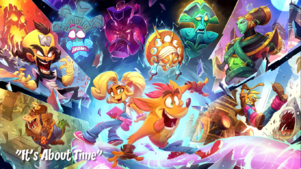 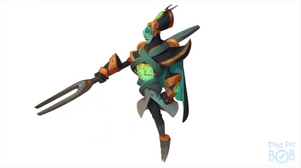 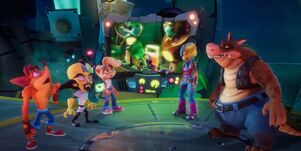 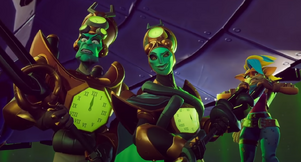 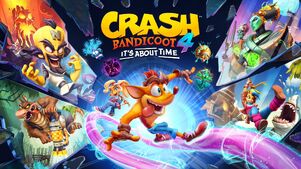 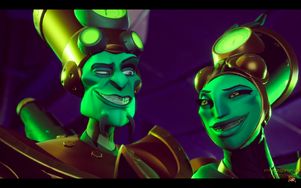 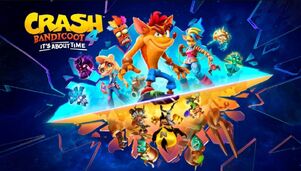 Retrieved from "https://villains.fandom.com/wiki/Dr._Nefarious_Tropy_(Female)?oldid=4382240"
Community content is available under CC-BY-SA unless otherwise noted.