Consuming the blood of his victims

Dr. Papanak is a sadistic sock puppet that appears as a minor antagonist in episode 10 of the famous YouTube series Salad Fingers.

Nothing is known about Papanak prior to the Salad Fingers series, but it is hinted he might have been a former friend puppet of Salad Fingers.

Salad Fingers went outside with his friend Hubert Cumberdale on a mission to help their friend recover from sickness. Eventually, Salad Fingers went to an old cart, searching for Dr. Papanak. Once he found him, he lays down on an old rusty bed, supposing that Papanak would check him for nimpers and camel spots. As Papanak was checking him, he bites on Salad Fingers cheek, making Salad throw him away from him. Dr. Papanak lands on Salad Fingers horse, known as Horace in the series. Papanak then starts clawing through the horse's stomach-chest area, while Salad Fingers is watching them and tells the horse to relax.

Papanak appears to look like white tanned sock puppet with sharp teeth, black eyes, and brown hair. He has a hole on his head, as well as a long cut in the middle of his face. Papanak wears a black tie, a white shirt and a dark blue sweater. 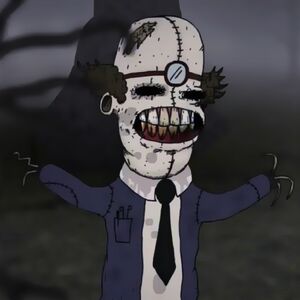 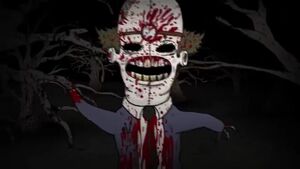 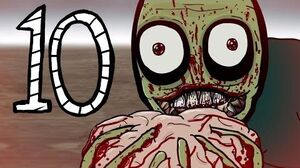