Evil Botanist Ghost
Dr. Potter is a ghost that appears in Luigi's Mansion 3. He is is a gardener ghost that loves gardening and watering plants. He resides in the greenhouse located in Garden Suites, the seventh floor of the hotel. Luigi fights him for the eight floor's elevator button.

While Luigi is moving around the greenhouse, he finds the eight floor's elevator button, but is quickly distracted by a floating watering can that spouts water in a plant that quickly grows into a venus flytrap and eats the elevator button. In that moment, Dr. Potter materializes to Luigi and continues spouting water on the plant as it kept massively growing until reaching the ceiling. This worries Luigi which only causes Dr. Potter to laugh at him and disappear.

He is again encountered in the stairs where he spouts water in a small pineapple, making it grow massively and fall down the stairs with the intention to crush Luigi in the process. After Luigi reaches the top of the greenhouse, he sees Dr. Potter still trying to make his flytrap grow even more. Later on, Luigi (with the help of Gooigi) manages to make the venus flytrap spit the elevator button, but it lands near the edge of one of the plant's leafs and then falls down to the floor. Luigi (accidentally) slides in the plant's vines to go down.

However, just as Luigi was going to retrieve the elevator button, Dr. Potter and his venus flytrap take it from him. The venus flytrap tries to attack Luigi, but ends up attacking the giant venus flytrap, which reveals a hidden buzzsaw. Dr. Potter uses his flytrap as method to attack with it trying to grab and chomp Luigi with its mouth. He also uses the flytrap as shield to protect himself from getting flashed. Luigi has to get rid of his flytrap first by baiting it into attacking a plant bud and getting itself stuck on it. This gives Luigi enough time to use a buzzsaw and cut the plant's stem, exposing Dr. Potter's heart in the process. If Luigi fails to capture Dr. Potter, he will appear with another venus flytrap and the process has to be done again.

Before Dr. Potter is vacuumed however, he throws the elevator button to an inaccessible ledge. Fortunately, the player only needs to use the watering can to create a vine to reach it.

At the end of the game, it is revealed that most ghosts in the hotel were brainwashed by King Boo, and thus were unwillling accomplices. Thus, this might also be true for Dr. Potter. However, his eventual fate remains unknown. 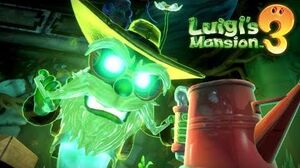 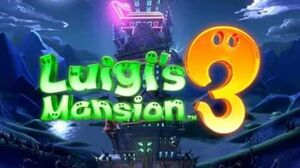 Retrieved from "https://villains.fandom.com/wiki/Dr._Potter?oldid=4032004"
Community content is available under CC-BY-SA unless otherwise noted.