Villains Wiki
Register
Don't have an account?
Sign In
Advertisement
in: Mature, Doctors and Scientists, Animal Cruelty,
and 29 more

Create a formula that can heal wounds on cats. (succeeded)

Dr. Julius Preterius is the posthumous overarching antagonist of the 1989 German novel Felidae, and its 1994 animated film adaptation. He is a drunk scientist who wants to create a formula that could heal wounds and is the boss of Dr. Ziebold and Dr. Gray.

He was voiced by Gerhard Garbers in the German version, and by George Hearn in the English dubbed version.

Julius Preterius was the lead scientist who was in charge of creating a special glue that could instantly heal flesh wounds. In 1980, Preterius and his team tested the formula on countless cats, but the experiments all failed, resulting in the cats dying gruesomely painful deaths. Preterius soon began to descend into alcoholism due to his repeated failures.

Eventually, several months later, Preterius found a stray tomcat and picked him off the streets. The formula worked on him and the cat, which Preterius dubbed 'Claudandus', became his favorite test subject. Preterius performed numerous vivisections on Claudandus, in failed attempts to crack his genetic code. He concluded that Claudandus was a mutant and planned to breed him and replicate the mutation. However, Preterius later went bankrupt, and Gray and Ziebold, one after the other, abandoned their boss, the former recognizing the futility of the project, and the latter out of guilt for all the suffering he'd helped cause.

Now utterly mad, Preterius talked to Claudandus like an old friend, and raved about a new, "perfect" breed of cats. Claudandus killed Preterius after the mad doctor "heard" him demanding to be released for a battle and complied. He released the surviving test subjects and was later taken in by Preterius' former assistant Ziebold, where he learned about genetics and ancient cat species. Preterius' horrific experiments on Claudandus were the result of him becoming a misanthropic murderer who wanted to create a new race of cats that could overthrow humanity.

Preterius appears in Francis' nightmares as a faceless man who traps him in a metal collar and iron chains. 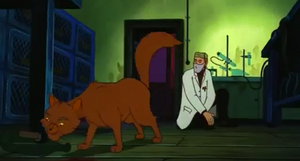 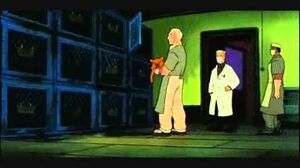