Dr. Price is an army scientist and a minor antagonist in the episode "Joyride" of Batman Beyond.

She was voiced by Wendie Malick.

Dr. Price worked for the army to develop new vehicles. During its test phase, she found that the nuclear reactor on her latest experimental craft was leaking, and ordered the test crew out. She rushed to the vehicle, but saw it being stolen by a group of Jokerz. She engaged pursuit, trying to shoot down the craft before the reactor would overload and destroy half of Gotham City.

She found a somewhat reluctant ally in Batman, who berated her on the use of the outlawed nuclear reactor. Price was not happy to use it either, but her less than admirable work budget left her no other choice. She gave Batman a key that would stop the reactor. With her own ship, she rammed the experimental craft, forcing it down.

She also crashed, and was severely wounded. Batman carries her out as she tells him to go after the Jokerz. Batman asks if she'll be okay, and she responds "In another few minutes it won't matter, now go!" And Batman puts her down and leaves. It is presumed that Dr. Price died by either her injuries or in the fire caused by the crash of the ship. 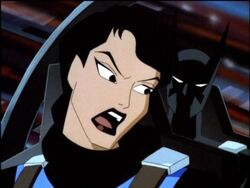 Dr. Price and Batman going after the Jokerz. 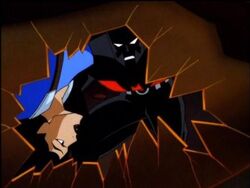 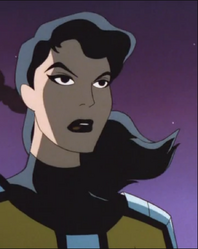 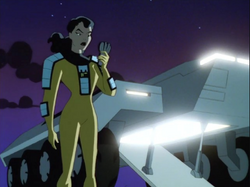