Villains Wiki
Register
Don't have an account?
Sign In
Advertisement
in: Mature, Comedy Villains, Doctors and Scientists,
and 53 more

The Haunted World of El Superbeasto

Marry Velvet Von Black and gain all the powers of Hell (briefly succeeded, yet ultimately failed).

Make Suzi X his and destroy the world (failed).

He was voiced by Paul Giamatti, who also played Marty Wolf in Big Fat Liar, and Rhino in The Amazing Spider-Man 2.

Dr. Satan's only goal is to find the perfect wife and he truly relieves the 24th one is going to be the charm. For years he had been searching for just the right woman bearing Just The Right Mark The Mark Of Satan, of course, and unfortunately, wives 1 through 23 have all had. well, almost the right marking. but so far, he's struck out.

But Dr. Satan keeps trying because according to the book of the dead, if he weds the woman bearing the special mark before midnight, he will inherit all the sudsy powers of hell. And what evil genius in his right mind wouldn't want that??

Dr. Satan's Lair is deep underground in a dirty plotters cemetery. With his army of camera-equipped voyeur bats, he spies endlessly on the women of Monster-land; searching for that special mark that at long last will bring him the dark power he so longs for. 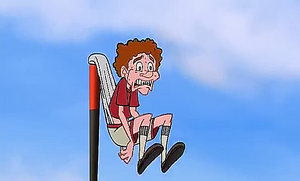 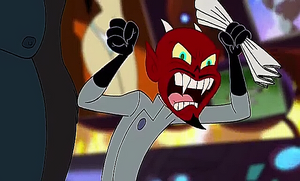 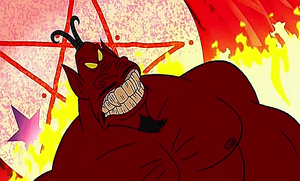 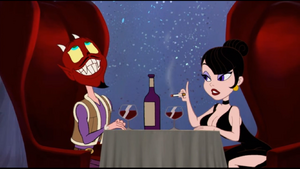 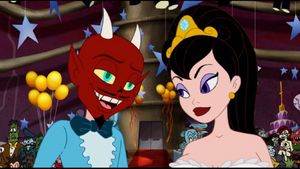