Dr. Terminus is the main antagonist of the 1977 Disney film Pete's Dragon. He is a con artist who specialized in selling "miracle cures" to unwary individuals but became obsessed with capturing the green dragon named Elliott after reading up on the legends of how dragon body parts are said to be infused with many useful properties.

He was portrayed by Jim Dale.

Dr. Terminus and his assistant Hoagy first appear driving his wind-powered wagon to Passamaquoddy, escaping some pursuit unknown. Upon their arrival (thrown out of the wagon by accident after Hoagy drops the anchor on a loose staircase), the townspeople of Passamaquoddy try to drive them out of town, complaining about his phony tonic that gave them terrible effects on his last visit. Dr. Terminus eventually wins their confidence back by testing new potions on Hoagy (disguised as a deaf woman, and later as a crippled man).

Upon learning of Elliott the dragon, Dr. Terminus plans on capturing the dragon so as to dismember him and use his body parts to create new "miracle cures" to make himself rich, and allies with the Gogans, who wish to get rid of Elliott so they can force Pete, Elliott's human ward, into a miserable life of child-labor; and recruits several local fishermen, who (wrongly) blame Elliott for spoiling their catch. Hoagy, under pressure by his master, lures Elliott into the trap, while the Gogans capture Pete.

After Elliot frees himself and scares away the Gogans, Dr. Terminus attempts to fire his harpoon at the dragon, but gets caught in the harpoon's attached rope, misses Elliott entirely, and is left dangling upside down from a nearby pole. Elliot then destroys Terminus' wagon, and the supply of quack medicines with it.

It is unknown what happened to Dr. Terminus and Hoagy after this, though it is likely he and Hoagy were arrested for past crimes.

By trade and inclination a showman and patent-medicine seller, 'Doc' Terminus (as he is usually called), until the events of the film, lived a wandering life of routine stops in villages along the New England coast, where he gave elaborate, stereotyped speeches to boast of his skill.

Despite his wicked and cruel nature, Dr. Terminus is affable in public and perfectly capable of persuading people to buy his (often useless) concoctions, or co-operate with his evil plans. Although he maintains a private contempt for all his customers, he still dreams of becoming a purveyor of real miracle-cures, and will seize on any opportunity to do so. He is charismatic and resourceful, but also a coward and (ironically) a hypochondriac.

His powers of persuasion appear at their best in his entrance, when he wins the confidence (and money) of a crowd of skeptical townspeople; and again when he sends his assistant Hoagy to trick Elliott, and gives a truly dramatic and (momentarily) inspiring speech.

It is somewhat ambiguous, how much Terminus believes in his own medical skill. In one scene he remarks to Hoagy, "I don't want to cure anybody here! They all deserve to have;–– whatever they have!"; but he is next seen reciting a nonsensical list of non-existent medical schools (and one musical theatre), to support his credentials, and later seen making medicines out of "fish oil, seawater, and potato-squeezings". Equally uncertain is his relationship with Hoagy, whom he calls a 'dummy' and treats as a clumsy fool at most times, but sends on important missions at other times, and pulls Hoagy to safety when Hoagy is in danger of getting trampled by Elliott and the fishermen.

It is a standing joke throughout the film, that Terminus cannot pronounce the name of "Passamaquoddy" (a stretch of the Bay of Fundy, which serves as the scene of the film), either in public or in private, and instead mispronounces it until it is almost unrecognizable. 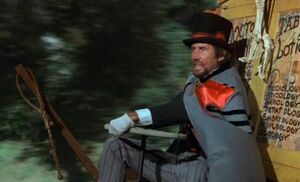 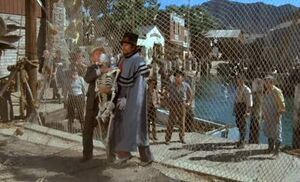 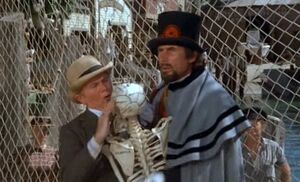 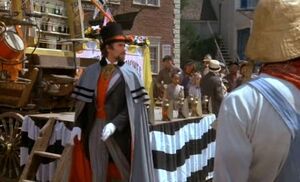 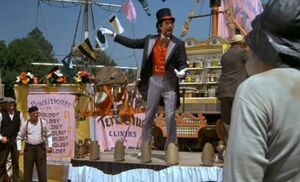 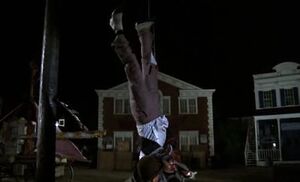