Force Bart and other four hundred ninty-nine boys to play the world's largest piano
To marry Heloise Collins (All failed).

He was portrayed by the late Hans Conried, who also voiced Captain Hook in Peter Pan in the same year, Snidley Whiplash in Dudley Do Right, and as Dr. Seuss' other famous villain in Halloween is Grinch Night, The Grinch.

In real life, Dr. Terwilliker is ten-year-old Bart Collins's bossy piano teacher who orders Bart to practice until he is perfect, and believes all other instruments worthless. Bart's widowed mother admires Terwilliker's method and tries to keep Bart practicing. Bart suspects Dr. T is a racketeer who had put his mother in spell.

When Bart falls asleep, he dreams Dr. Terwilliker as a madman dictator who rules over a castle-like Terwilliker Institute. Dr. T has banished all non-piano musicians to his dungeon and hypnotized Bart's mother into becoming his secretary and future wife. His minions include a singing dungeon elevator operator and roller-skating Siamese twin connected together by a beard.

Dr. Terwilliker has built a gigantic piano so large only five hundred boys can play it. His master plan is to have the five hundred boys practicing nonstop forever. Bart tries to enlist the help of his friend, August Zabladowski the plumber. Meeting Dr. T, Zabladowski proves to be immune to his hypnotic powers. When the plumber voices his suspicions about the Institute, Dr. T charms him by plying him with cigars, food, and drink, and allows him to dance with Mrs. Collins. Once the plumber is gone, Dr. T. orders his execution by disintegration, believing him untrustworthy.

Zabladowski refuses to believe Bart until the boy manages to break into Dr. T's bedroom and steal the execution order. With Zabladowski's help, Bart frees his mother and defeats the Siamese twins, but Dr. T manages to catch them as they escape. He hypnotizes Mrs. Collins again and orders Bart and the plumber to the lowest dungeon.

With the other four hundred and ninety-nine boys arriving, Bart and Zabladowski decide to concoct a chemical that will drain the sound from Dr. T's piano. Using a bottle of chemical air-freshener and the jailor's hearing aid, they create an explosive device that drains all sound. As Dr. Terwilliker raises his baton to order the boys to play, Bart pulls the cork, silencing the piano. Threatening the doctor with the bottle's explosive qualities, Bart forces him to surrender, and free his mother, the plumber, and all the boys. The boys then pounce on Dr. Terwilliker and drag him off to his own dungeons and celebrate by playing "Chopsticks" on the giant piano, leaving his fate unknown.

In the real world, it is unknown how Bart gets rid of the real Terwilliker, but Mr. Zabladowski and his mother show an attraction to each other, hinting that the doctor will soon be out of his life or will lose his job and be sent to jail.

Dr. Terwilliker is obsessed with the piano, to the point that he cannot sleep without a metronome by his bed. He allows the imprisoned children no other activities or toys, as he believes only in the piano. He has arrested all non-piano playing musicians, and anyone else who does not meet his exacting musical standards.

One of his favorite prisoners is a former bass drummer in an orchestra he once conducted who had the habit of adding an extra "boom". As punishment, Dr. T sealed him inside a giant drum, to be beaten on for eternity.

He is also extremely vivacious, flamboyant, and melodramatic, prone to giving Shakespeare-esque statements at dramatic moments. He enjoys dressing up in outlandish outfits, like his bandleader's uniform as he prepares to conduct the boys. 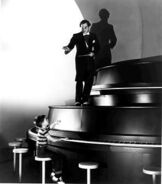 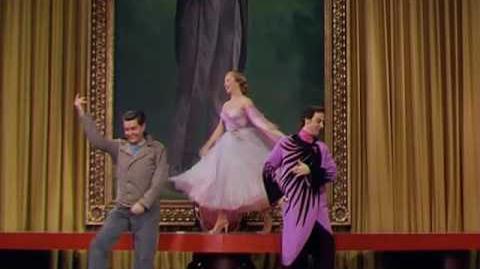 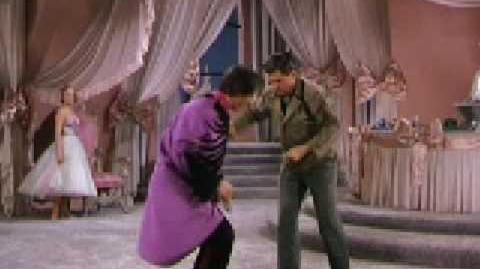 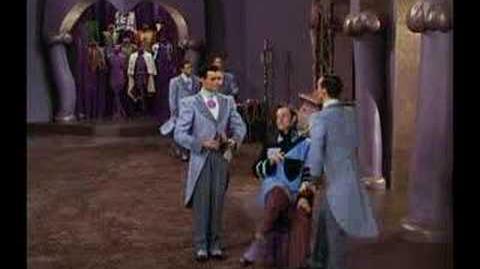