Scientist (The Tale of the Phantom Cab)

Depending on the episode

Asking riddles to those who are lost in the woods

Conducting strange experiments (The Tale of the Phantom Cab)

Dr. Vink was a recurring character from the 90s show Are You Afraid of the Dark?

He was played by the late Aron Tager.

He was a physically imposing man who would often appear as a mad scientist, sorcerer, and the like. When he enters, he introduces himself by saying, "Vink's the name. Dr. Vink." He would also get his name mispronounced, usually something like "Dr. Fink?" When this happened, he would respond "Vink. With a va-va-va". Often, the protagonist would call him a "nutbag" behind his back, assuming he could not hear him, only to have him reply later, "...and I am not a nutbag." Unlike Sardo, whose character was set in a magic shop, Dr. Vink had many 'unique endeavors' as he called them, for his stories.

These ranged from living deep in the woods conducting strange nature experiments (The Tale of the Phantom Cab), being a retired filmmaker (The Tale of the Midnight Madness), owning his own restaurant as head chef (The Tale of the Dangerous Soup) and lastly a barbershop. His activities were usually villainous and designed to put the characters in peril and allow him the last laugh. That being said, his actions were often only malicious towards those who wronged or provoked him. However in his last appearance, "The Tale of Cutter's Treasure" (which was told by both Frank and Gary), he allied himself with Sardo and the main characters without his usual maliciousness. He appeared in Frank's stories. 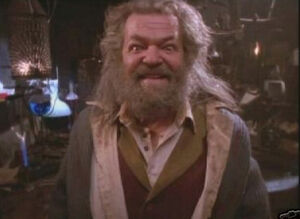 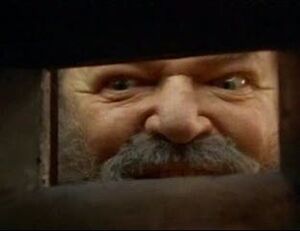 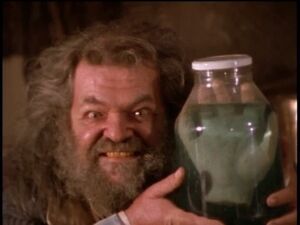 Add a photo to this gallery
Retrieved from "https://villains.fandom.com/wiki/Dr._Vink?oldid=3904035"
Community content is available under CC-BY-SA unless otherwise noted.