Lord Weil
The Devil (after he fuses his body with Ragnarok)

Usurp Master "X" to become a leader of Neo Arcadia (succeeded).
Remove the free wills of all Reploids and force them to be subservient to his control (failed).
Rule the entire world and wipe out anyone who opposes him (Succeeded until his death).
Use Ragnarok to destroy Area Zero as an example to anyone who plans on escaping Neo Arcadia (abandoned after Craft's betrayal).
Crash Ragnarok into the Earth to wipe out all life as vengeance (failed).

Dr. Weil is the main antagonist of the Mega Man Zero series and the archenemy of Zero.

Believing Reploids should have their free wills removed to prevent them from going Maverick, Weil is the one responsible for the Elf Wars, which destroyed much of the Earth and caused a mass genocide for both humans and Reploids. Weil was exiled for his atrocities but returns in Mega Man Zero 3 to take revenge and becomes the new ruler of Neo Arcadia.

He was voiced by the late Chikao Ohtsuka, who also voiced Dr. Eggman from the Sonic the Hedgehog series and Flip in Little Nemo: Adventures in Slumberland.

Weil was a science prodigy who became a famous scientist. During the Maverick Wars, Dr. Weil was one of the researchers that were studying a way to definitely destroy the Sigma Virus, who caused Reploids to turn into mavericks. Zero discovered that his own body was spreading the virus, so he offered his body to the researchers. His memory data was transferred to a new body. It was then that Weil studied his body, discovering that Zero was created to be a bloodthirsty war machine. Weil, along with another researcher, created the Mother Elf, who was able to counter the Sigma Virus and completely destroyed it, thus ending the Maverick Wars. All the Reploids were cleared of charges.

However, Weil become very unsatisfied with the result of the war, as he thought all Reploids, good and evil, should pay for all the destruction the maverick reploids caused to Earth. Weil then cursed the Mother Elf by putting the Sigma Virus data into her, turning her into the Dark Elf. Next, Weil took the original Zero's body and modified it, thus creating Omega, who could absorb the Dark Elf to maximize his own power. Using Omega, Weil was able to take control over most reploids in the world and made them fought in massive battles with the intent of starting a new world order with himself at the top, thus starting the Elf Wars.

The Elf Wars wiped out ninety percent of the Reploids and sixty percent of the humans in the world, reducing the Earth to a great wasteland. X, along with Zero, managed to defeat Omega in a combined attack. Omega was sent into space to never return, and Weil was condemned to being put in a mechanical body who would regenerate his cells, making him immortal, and then banished into the same wastelands he created, cursed to suffer forever and remembering what he did. X used his own body to seal the Dark Elf in the core of Neo Arcadia.

After Elpizo destroy X's body, releasing the Dark Elf, Weil sees the perfect opportunity to return and start his plan to get his revenge. The ship where Omega was imprisoned falls on Earth, and as Zero and the Neo Arcadia guardians goes to investigate, they are confronted by Omega. Weil appears shortly after, with a reconstructed Copy X, who claim his place as ruler of Neo Arcadia. Copy X assigns Weil as his adviser, and both Neo Arcadians and Zero start a rush after the Dark Elf. Weil then orders a large rocket over a residential area, where the Dark Elf is, with Omega on board. As the rocket crashes, Omega absorbs the Dark Elf, now reaching full power. Later, Zero confronts and defeat Copy X, but as he tries to power up, he explodes.

Weil waited for this all along. When he reconstructed Copy X, he set up a bomb on him. Weil then called for the law, assuming the rule of Neo Arcadia. Although Zero destroyed Omega, Weil now had everything he wanted. He ruled over Neo Arcadia with iron fists, and anyone who opposed him were labeled maverick, being Reploid or human, and were ordered to death. As some people started to flee from Neo Arcadia, he started the Ragnarok project, in order to destroy everything outside Neo Arcadia, so nobody would have delusions of escaping his rule.

As many humans fled from Neo Arcadia and made a settlement in Area Zero, the area where the space colony Eurasia had fallen in the distant past, Zero had to fight Weil's forces and protect the humans. Zero made his way into the Ragnarok, where he fought Kraft, who had assumed control of the satellite, firing it on Neo Arcadia, completely destroying it. After defeating Kraft, Zero was forced to take an alternate route to reach the core of the Ragnarok, where he found Weil. Weil fused himself with the core, forcing Zero to fight him. He was defeated, but used his last strength to fuse with the entire Ragnarok, sending it to crash against Earth. Zero fought him again, destroying Weil and the Ragnarok, but dying in the process.

Remnants of Weil's mechanical half from his fusion with Ragnarok survived and became the BioMetal model W.

Doctor Weil is a malevolent, ruthless, and cruel individual who will do anything to achieve his goals. Sacrificing others is never a problem for him. A psychopath even prior to his exile, Weil was a megalomaniac.

A nihilist, Weil believed concepts like idealism and justice were simple nonsense. Due to his nihilism, Weil believed deep down all humans were as evil as himself, secretly valuing the joy of abusing power and causing suffering were intricate facets of the human race.

Despite his evil nature, Weil could be very manipulative and deceitful, masking his malevolence behind fake benevolence. Weil initially made it appear he took control of Reploids to prevent another Maverick war, when his actual goal was to take over the world and install himself as ruler with an army of Reploids.

Despite or perhaps because of making Reploids himself, Weil viewed them as simple machines that were inferior to humanity. Besides the desire to create a new order for himself, Weil also felt all Reploids should pay for the crimes of Sigma and the other Mavericks, even heroic maverick hunters. Weil frequently professed his superiority over Zero due to his human qualities. Weil showed affection only to Omega, who he viewed as a god of destruction. 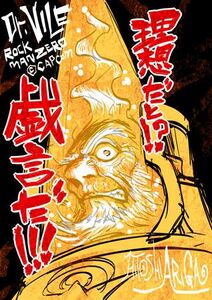 Artwork of Weil by Hitoshi Ariga 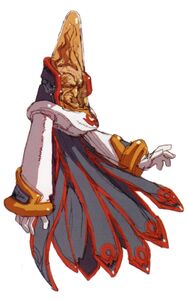