Searching for the strongest body to take.

To modify the human race using his science to find the strongest body to possess and rule the world.

Dr. Wheelo (in Japanese: Ｄｒ．ウイロー, Dr. Uirō) also known as Dr. W, is an evil scientist whose human brain is locked in a robot and the main antagonist of the 1990 film Dragon Ball Z: The World's Strongest.

He was trapped in his lab which had been frozen under ice for a long time, until it rose up when Dr. Kochin used the Dragon Balls. Son Goku fought against Dr. Wheelo after he defeated his three bio-warriors Misokatsun, Ebifurya and Kishime. Piccolo, Goku, Kuririn and Son Gohan had a hard time fighting Dr. Wheelo, but he was defeated by Goku's Genki Dama.

Dr. Wheelo appears on the poster for Dragon Ball Z: Fusion Reborn, but he is not featured in the movie.

Most of Wheelo's personality is revealed in his interaction to Kochin, one of the only other sentient beings available for socialize with. The movie itself, both in it's dubbed version and the original Japanese does not define if Kochin was originally human or an entirely fabricated artificial intelligence created by Wheelo. Regardless of Kochin's actual nature, Wheelo treats him purely as a tool - showing no concern over his well-being when exposed to pain and actively throwing him to his death once it becomes clear he is no longer of use. Wheelo is extremely anal about his lab, experiments and how his scheme to capture Roshi, and the Goko, unfolds. His need for control is a display of one of his most key personality trait, but with little to no importance placed on those affected by his machinations.

Dr. Wheelo's cyborg body is shown to be far more powerful than most armored robots in the series, and he is also the largest android in the entire series. It is able to withstand Goku, Krillin, and Master Roshi's combined Kamehameha without receiving a single scratch. He can easily overpower Goku's regular Kaio-ken, but is completely outclassed by Kaio-ken x3. As powerful as his metallic body is, it is no match for the incredible power of the Genki Dama.

According to movie pamphlet for Dragon Ball Z: The Tree of Might, Dr. Wheelo's power level is 39,000. 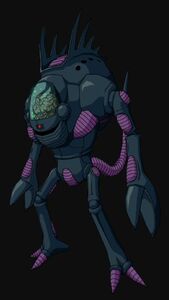 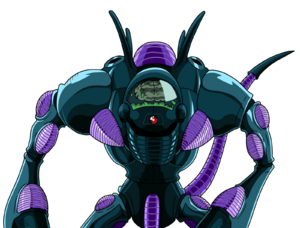 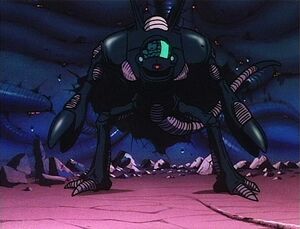 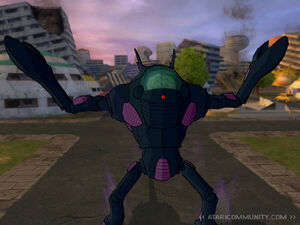