Villains Wiki
Register
Don't have an account?
Sign In
Advertisement
in: Vengeful, Doctors and Scientists, Titular,
and 43 more

Use his Mirage System to destroy all Pokémon.

Exact revenge on the Pokémon Institute for failing him.
Take over the world (all failed).

Dr. Yung, also known as the "Mirage Master", is the main antagonist of the 2006 Pokémon film The Mastermind of Mirage Pokémon. He is a mad scientist who is bent on destroying Pokémon with his new Mirage system to take over the world.

He was voiced by Billy Regan.

Yung was once a student at the Pokémon Institute, but he was expelled because his experiments were considered cruel to the Pokémon. This left him bitter, and he wanted revenge.

Yung invented the Mirage Pokémon system, creating powerful Mirage Pokémon who can use any attack, easily beating Misty in a Pokémon battle. Before Ash could battle Dr. Yung, he and Professor Oak was captured by the Mirage Master.

Dr. Yung was in fact the Mirage Master, as he was using a hologram so both could be seen at the same time. As the Mirage Master, he tortured Professor Oak to gain the password to Oak's laboratory database. Although Oak resisted the torture, Mirage Master had his Mirage Pokémon capture Pikachu and attempted to scan its memories for data, causing it great pain and forcing Oak to give up the password. With this access and his ability to hack Pokémon centers, Dr. Yung began forming perfect Pokémon free of any flaws which he despised.

He completed his perfect Pokémon, a Mirage Mewtwo, just as Ash, and later Misty and May, arrived to confront him. He attempted to kill Professor Oak, who defended himself with a Dragonite, and Mirage Master deployed missiles to create a larger area for his Mirage Pokémon so Mirage Mewtwo could be unleashed upon the world. He created a Mirage Entei, Zapdos, and Articuno to fight alongside Mirage Mewtwo for this.

Professor Oak eventually deduced Mirage Master's true identity as Dr. Yung, who finally unmasked himself to the heroes. Yung had become annoyed at a Mirage Mew appearing, whom he described as a flawed specimen. He then orders Mirage Mewtwo to battle Ash and the gang, and nearly killed Pikachu before Mirage Mew entered the battle to stop Mirage Mewtwo, and Pikachu used Volt Tackle to destroy Mirage Mewtwo and the entire Mirage System, setting his lab on fire. Unfortunately, this destroyed Mirage Mew as well.

With Dr. Yung's plans ruined, Professor Oak demands him to surrender himself, but Yung refuses, saying that he still has much more work to do, and instead walks into his burning lab, which later crumbled down to pieces. Yung was never seen again following this, and his body was not yet found by police or firefighters during the ending scene.

Dr. Yung first appears to be a polite and intelligent scientist. He invented the Mirage Pokémon system, a project he spent many years on, as Professor Oak acknowledges. He is shown to have a combination of great intellect and battling skill, but still has a sort of mysterious air about himself. However, it is later shown that Yung is corrupt and a sociopath. He is generally incapable of feeling genuine emotion and is shown to be megalomaniacal, power-hungry, delusional, embittered, cruel, heartless, and cynical.

In his true persona, he is depicted as strongly evil. He has little concern for life, whether natural or artificial and is repeatedly shown to think nothing of casually attempting to kill both humans and Pokémon. He is one of few characters that can be described as pure evil. 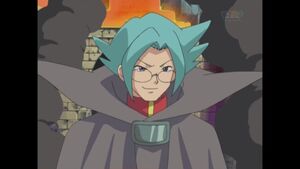 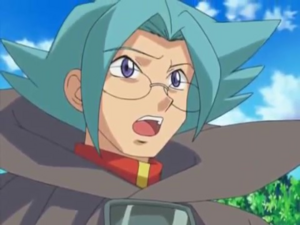