Studying beys from the world tournament

Sell the Spiral Force to the highest bidder (failed)
Revive Nemesis, the god of destruction (failed)

Dr. Ziggurat is the main antagonist of the anime show Beyblade: Metal Masters, the second season of the Beyblade- Metal Saga. He is a scientist and manager of the American blader team Starbreaker who is using the world tournament to study the beys and create the ultimate bey, Twisted Tempo, as an energy source. He is also revealed to be the mastermind behind the actions of Doji, the main antagonist of Beyblade: Metal Fusion, although there was no scene showing them together. This was later confirmed by Doji himself in Beyblade: Metal Fury.

Prior to the season, Ziggurat heard of the forbidden bey, Lighting L-Drago, and send his agent Doji, leader of the organization Dark Nebula, to get it. When Ryuga finally lost control over L-Drago, Ziggurat was surprised to hear later that Ryuga had managed to control L-Drago.

At some point, he also approached Zeo Abyss, a friend of Masamune, a teammate of Gingka, who believed that Masamune betrayed him and their friend Toby, who was in a coma, by leaving to prove himself to Gingka. Ziggurat offered Zeo to take care of Toby if he joined his team, Starbreaker. He invented a system he called the Arrangement System that allowed bladers to use their full potential, however it could cause mental breakdowns and insanity, as shown with Jack, who became a sadist obsessed with art or elite blader Damian Hart who was obsessed with winning every battle he fought.

Many years later, he managed to bring Ryuga to his base and offered him to serve him, however Ryuga refused and instead damaged the building, escaping afterwards. Ziggurat then claimed that L-Drago was extremely dangerous, which to him was just another reason to prevent Ryuga from escaping. He later blackmailed Zeo into defeating Masamune during the world championship, threatening to let Toby die if he didn't. After Gingka defeated Damian in the final battle, Ziggurat revealed he was never interested in winning, just in collecting data from the beys. He planned to use beys as an alternate energy source, which he dubbed Spiral Force, powered by a bey he based on both L-Drago and Pegasus, Twisted Tempo. He also revealed that the blader using Tempo and thus powering the Spiral Force was Toby, whom, despite Zeo's failure in battle, was not killed, however Ziggurat had him undergo the arrangement system as well, brainwashing him and robbing him of his memories. Ziggurat told everyone that he had changed his mind about using the Spiral Force to save the world from an energy crisis, now planning to sell it to the highest bidder, something that Ryo strongly opposed, as someone could use it as a weapon, something that Ziggurat completely careless about.

When Gingka, his teammates and friends were heading towards Hades City, the headquarters of Hades Inc., as they had to take matter into their own hands as Ziggurat's auction was dangerous, but legal, they were opposed by the Garcias and Julian Konzern. Argo Garcia and his syblings were offered money whilst Konzern was blackmailed by Ziggurat, who took over his companies. After defeating them, Gingka and the others entered the room where Toby/Faust was. However, when Ryuga suddenly attacked the flying city with L-Drago, he damaged the Spiral Force technology. This resulted in a meltdown, which Dr. Ziggurat explained could destroy the world. When Ziggurat tried to stop Faust from creating even more Spiral Force, which would just accelerate the meltdown, Faust proved to be obsessed with carrying out his mission like a machine. Realizing that Faust was no longer under his control, Ziggurat tried to escape, mumbling to himself that it wasn't his fault and he just did it for humanity. He was opposed by Zeo, who got his revenge for being manipulated and blackmailed by attacking his former boss with his bey, causing to Ziggurat to clash against a wall and being rendered unconscious. At the end of the series, it's unknown hat happened to him.

In Beyblade: Metal Fury, it was revealed by Doji that both him and Ziggurat were part of a cult that worshipped the dark god Nemesis and that both the search for Lightning L-Drago and the Spiral Force were just parts of their plan to revive their god in order to destroy the world and recreate it in their image.

Dr. Ziggurat was very manipulative in his ways, using Toby's condition to blackmail Zeo into fighting Masamune, making Zeo believe that it was all Masamune's fault, and turn the two friends against each other. He also showed no remorse in brainwashing Toby and actually claimed that this was what Zeo wanted as Toby was now cured. He also enjoyed the destruction caused by the demonstration of the power of the Spiral Force.

Ziggurat was a man of science, seeking to use beys as an alternate energy source, but then changed his plans to rather sell the Spiral Force to the highest bidder. He told Ruga not to compare him to Doji, who, in his eyes, was so obsessed with gaining power he couldn't think objectively anymore. He later showed signs of arrogance when explaining Tempo's power by using Einstein's theory, claiming that Einstein was nothing in comparison to him.

The scientist also showed a very cowardly side at the end when he, after realizing that his invention had gotten out of control, tried to flee Hades City, claiming that none of this was his fault, all he intended was to help humanity and it was actually the fault of Gingka and his friends. 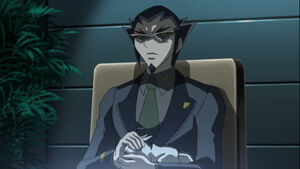 Dr. Ziggurat watching the progress of the Arrangement Sytem while stroking a rabbit. 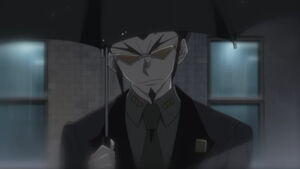 Dr. Ziggurat when he meets Zeo for the first time. 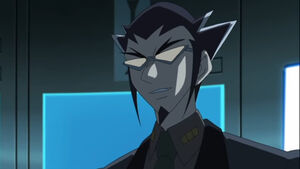 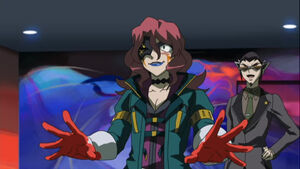 Dr. Ziggurat and Jack looking at Jack's new artwork on the wall. 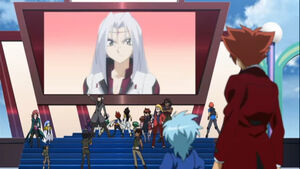 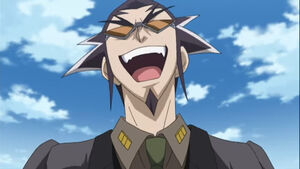 Dr. Ziggurat's reaction after demonstrating the power of the Spiral Force by whiping out everything around Hades City. 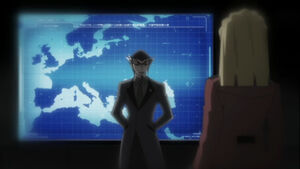 Dr. Ziggurat telling Julian that he bought his company. 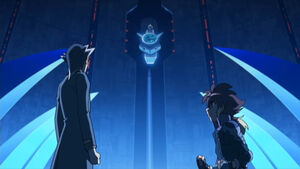 Dr. Ziggurat and Zeo arguing about Toby with Faust in the background. 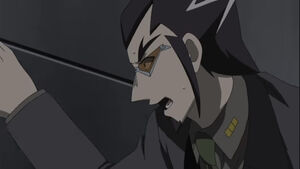 Dr. Ziggurat trying to escape Hades City during the meltdown, mumbling that it was never his fault. 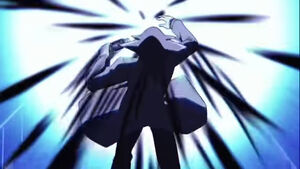 Ziggurat being defeated when the impact of Zeo's bey causes him to fall against a wall, knocking him unconscious.
Add a photo to this gallery

Retrieved from "https://villains.fandom.com/wiki/Dr._Ziggurat?oldid=4155383"
Community content is available under CC-BY-SA unless otherwise noted.