Villains Wiki
Register
Don't have an account?
Sign In
Advertisement
in: Mature, Doctors and Scientists, Mentally Ill,
and 23 more

Dr. Zoe McConnell is the main antagonist of the 2015 horror film The Lazarus Effect. She was also one of the medical students who had an ambitious plan to bring the dead back to life by using the special serum called "Lazarus".

She was portrayed by Olivia Wilde, who also played Gozer's corporeal form in Ghostbusters: Afterlife.

Zoe was one of the medical college students who secretly involved in an illegal experiment, which she and her friends created a serum called "Lazarus" as they used it to bring the dead beings back to life. She was also Frank's love interest and they always spent time together. After the group is ordered to stop their "Lazarus" experiments, Frank decides that they should return and double their product. During the operation, however, Zoe is electrocuted and dies instantly. Frank, refusing to accept Zoe's horrible fate, decided to do the unthinkable and use the serum to revive Zoe, despite the protests of the rest of the group.

The procedure is a success as Zoe was finally brought back to life. However, Zoe began to exhibit strange behaviors from time to time, including continuing to relive a recurring nightmare that includes herself as a child in a burning apartment building. It is also discovered that Zoe's brain activity has escalated since being revived, to the point where she becomes telekinetic. Zoe tells Frank that she was actually in Hell, or at least her version of it, after she died, and she realized that something was happening to her. In one point, Zoe has her nightmarish vision and levitates, while also brandishing cold, black eyes, becoming a demon.

Zoe later approaches Niko and laments about ending up in Hell even after making up for a horrible thing she did, and then uses her newfound powers to lock him in a closet and crush him to death, all while flashing her demonic eyes and a sinister smirk. Her next victim is Clay, who angrily demanded to know Niko's whereabouts. Zoe forced Clay's e-cigarette into his throat, and then smirks evilly and winks at him as he chokes to death, despite Frank and Eva's attempts to save him. She then goes after both Frank and Eva, and approaches the former in the hallway. Frank tells Zoe that he loves her, but after Zoe reads his thoughts and hears that he does plan to put her down, she crushes his skull.

After killing Frank, Zoe injects herself with more of the Lazarus serum and searches for Eva. After finding him, Zoe forces her into the hell that she was in, where Eva learns that Zoe was the one who set the apartment fire as a kid. Eva escapes and kills Zoe, but she later sees that Zoe survived. At the film's end, Zoe snaps Eva's neck and kills her, and then injects Frank with her demonic blood. 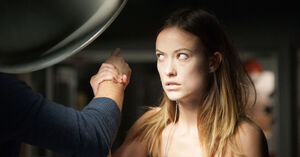 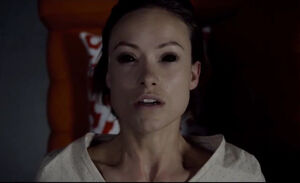 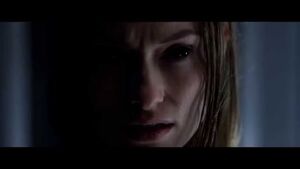 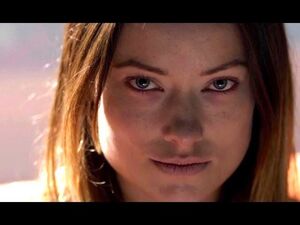 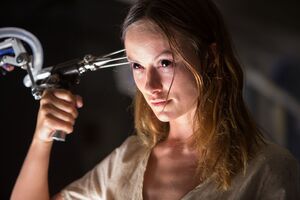 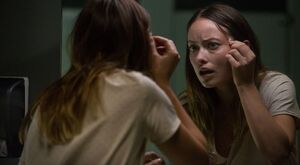 Zoe looking into the mirror. 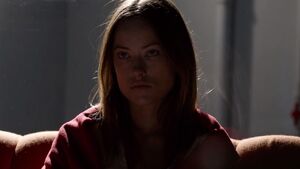 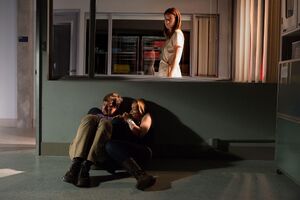