Conquer the entirety of Europe and rule the continent as its Empress.

Live forever as a demonic entity.

Vlad III Dracula, more popularly known as Vlad the Impaler, Vlad Tepes and Dracula, was a real-life figure who was once the Voivode of Wallachia between 1448 and her transformation into a Vampire by unknown means (it's speculated she became a Nosferatus thanks to the Houkai energy). She was a legendary and evil figure in the universe of Honkai Impact 3 and a Valkyrie who lead her people three times before her transformation in a Nosferatus.

She is considered one of the most important rulers Wallachia had but was later persecuted by Shicksal for becoming a blood-sucking monster. Dracula was the second of four siblings born into the noble family of Vlad II Dracul. Her sobriquet Dracula (meaning “daughter of Dracul”) was derived from the Latin draco (“dragon”) after her father’s induction into the Order of the Dragon, created by Holy Roman Emperor Sigismund for the defense of Christian Europe against the Ottoman Empire.

In the future, she is one of the many Stigmatas given to the players to buff their playable Valkyrie, gaining some of her skills and powers.

By most accounts, Vlad III was born in 1431 in what is now Transylvania, the central region of modern-day Romania. However, the link between Vlad the Impaler and Transylvania is tenuous. She was once the Voivode of Wallachia and a warrior that everyone respected. People addressed her as Dracula. It meant the "Daughter of the Dragon" to honor her courage.

She forgot what happened that day. She remembered leading the Wallachians against the invading enemies and being overwhelmed by sleep during battle. When she woke, Dracula found herself covered in blood and the only one alive on the battlefield. These intermittent episodes of amnesia became more frequent and irregular. One thing was for certain. She would regain consciousness in a foreign place surrounded by the bodies of strangers. The heroine of Wallachia slowly became a reviled demoness.

Dracula chose to leave her people, but the nightmare did not stop there. Her successor founded an organization and hired many elite warriors to capture her. Dracula was puzzled why those warriors tried not to kill her but to bring her in alive. She somehow remembered that these warriors hailed from "Schicksal". She ran into a Schicksal ambush and suffered grave injuries while trying to escape to the Kingdom of Hungary. The Weaver of Fate worked in mysterious ways. Dracula found herself stumbling into Csejthe Castle where she met the infamous Elizabeth Bathory. Their eyes met. The ex-Voivode and the Lady of Csejthe immediately knew that they were part of the same Kindred.

It's speculated Dracula and Elizabeth became lovers, or at least, partners in crime and started a rampage of serial killing. Their victims were mostly young and virgin girls. Her current status is unknown. 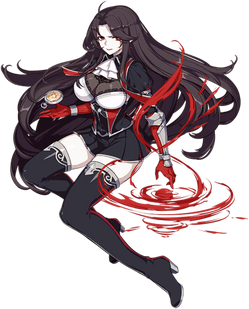 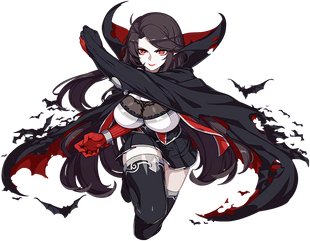 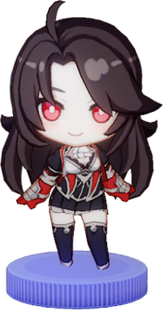 "With this mask! You shall become invencible!"

"Thou shall never trust a demon" 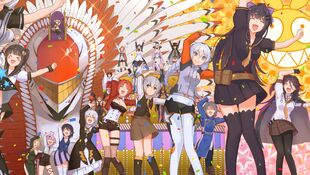 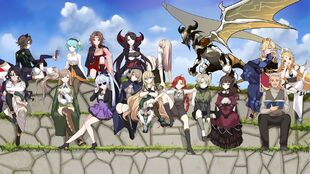 Retrieved from "https://villains.fandom.com/wiki/Dracula_(Honkai_Impact_3rd)?oldid=3984657"
Community content is available under CC-BY-SA unless otherwise noted.