Draggadon is the secondary antagonist of the 2014 Wii U Mario spinoff game Captain Toad: Treasure Tracker, and a minor character in Paper Mario: Color Splash.

He is very protective over his lava lair and tries to stop Captain Toad from doing something in it.

Draggadon is a large red fire-breathing dragon who lives in lava lairs.

He also has multiple purple ring-patterned spots around his body and tail. Following his first defeat from Captain Toad, he gains a large bruised bump at the top of his head.

Draggadon makes four appearances in the game, and all of them are boss fights, the first boss battle is in the level "The King of Pyropuff Peak", where he is seen mad at Captain Toad being there, he instantly attacks Toad and becomes protective over his lair.

The second time Draggadon is encountered is in the level "Draggadon's Revenge", he is vengeful over Toad winning the first battle, so obviously he is angrier than before and more dangerous.

The third time Draggadon is seen is in the level "Secret of the Golden Realm", where he is in a golden color instead of his regular red color, he also has blue eyes now and the fire looks more molten and golden looking.

The last time Draggadon is seen is in the level "Mummy-Me at Pyropuff Peak", he is back with his red color interestingly enough, same eye color, same fire color. But the boss battle is notably a lot harder.

He plays a very small role compared to his original game, he is seen as a fossil on a mountain, but Mario recovers it, reviving him.

Draggadon is seen later in the game at Redpepper Volcano, he starts out as a boss, chasing Mario and preparing to eat him while shooting molten fire rocks out of its mouth. He is determined to eat Mario or get rid of him at the very least, but Mario manages to drop something big on Draggadon's head and stun him, after this, Mario gets its respect and he is able to ride on the dragon across the volcano. 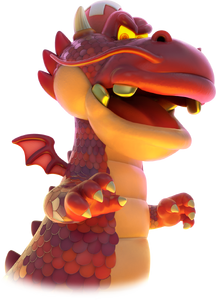 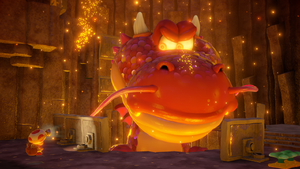 Draggadon during his boss battle 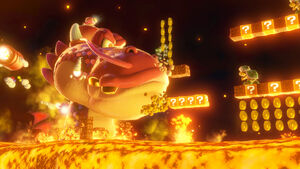 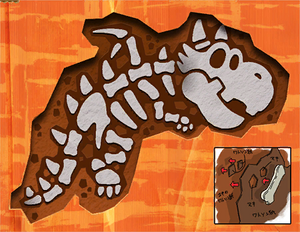 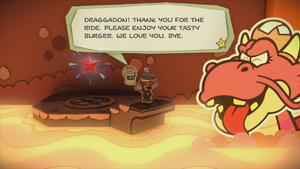 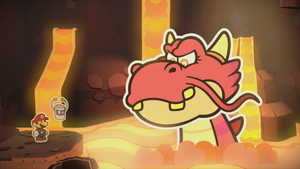 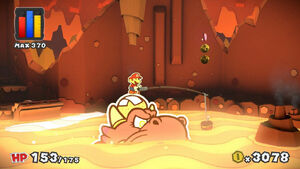 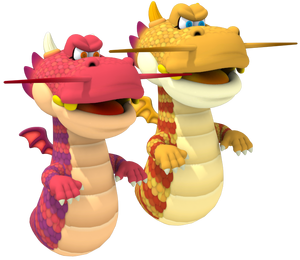 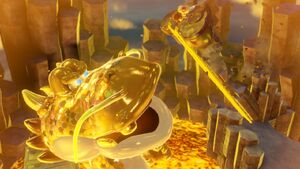 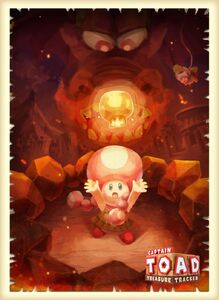